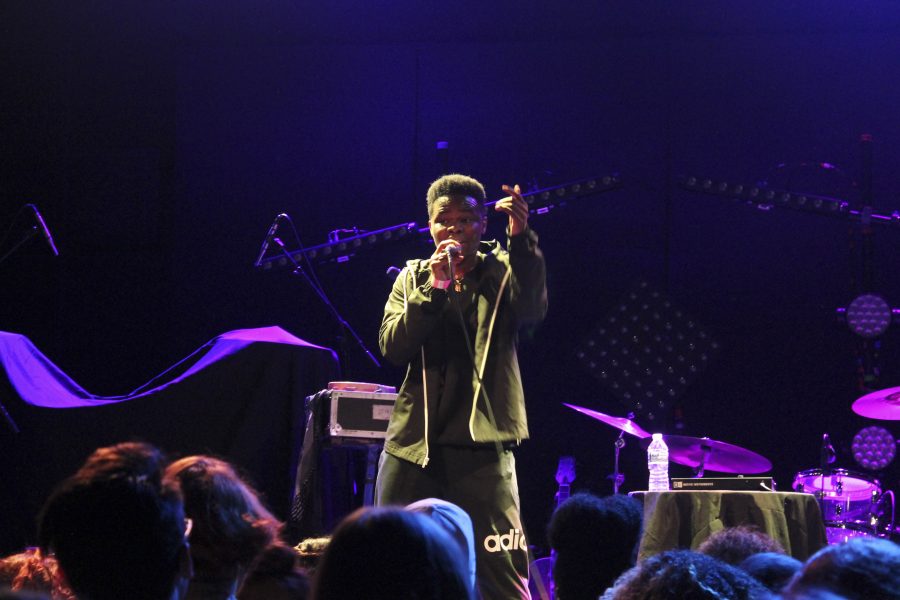 Daye Jack, a former NYU student, has a new debut album with Warner Bros. Records called “No Data.” His music is known to have a throwback vibe with consistent instrumentals.

What Daye Jack lacks in data, he makes up in earnest through his music. Born in Nigeria and raised in Atlanta, Jack has worked with the likes of Killer Mike and Ariana Grande, crafting a sound that defies convention. His debut album with Warner Bros. Records, “No Data,” is more than a proof of concept — it’s proof of talent. While it isn’t perfect, the project is a seriously impressive show of energy from a former NYU student striving to prove himself in a crowded musical space.

The opening track “No Data” is easily one of the album’s best. Jack dives in with cool verses that cruise atop a neo-boom bap beat. The chorus exudes the signature ‘90s aesthetic that Jack has perfected. The next tune, “Deep End — Jayvon Remix” is a thundering track that has Jack dropping deft bars over a seriously clean instrumental filled with popping percussion and sharp snares.

“Supernatural” follows the vibe set forth by the first two tracks with an impressive verse from Donmonique and smooth crooning from Jack. “Finish Line” shakes it up instrumentally, with a choppy back and forth sawtooth synth colliding across sturdy kick drums. Jack’s verses here are sharp, but the chorus follows the same formula as the tracks prior to it — his voice glides over the track with a catchy hook that seems directly pulled from Pharrell’s handbook. The strategy is infectious and successful, but can grow tiresome — style verges on being consistent to a fault.

Jack shakes this minor hiccup as the album progresses, however. “Lady Villain” is a memorable, slow-paced trek through romantic ruminations with a chorus that’s driven and varied. Denzel Curry and Grim Dave lend their signature grit to “Raw” as crunchy guitar chords power through the instrumental. “Casino” is a soon-to-be certified chart-topper, dripping with catchy verses that come with swagger. Jack plays to his strengths here, mixing catchy choruses with memorable bars. With this track, he seems more confident in his sound than ever.

The penultimate track “Kick — Door” is another one of the album’s highlights. The pounding beat compliments Jack’s fervent and relentless rapping. His “walk is about realness / it ain’t all digital.” If anything, this very track is a testimony to that claim. The breakbeat interlude later on in the song is jazzy and full of life, as Jack channels East Coast cool while staying true to his sound.

“No Data” is an album with a signature vibe. Each track is full of life, and it’s clear that a lot of passion was put into every part of this project. The album is a fusion of throwback vibes with modern rhymes and consistent instrumentals. For an artist this new to the scene, Jack’s album is an impressive exhibition of both style and substance, and “No Data” likely marks the start of a very promising musical career.

A version of this article appeared in the Monday, April 17 print edition.