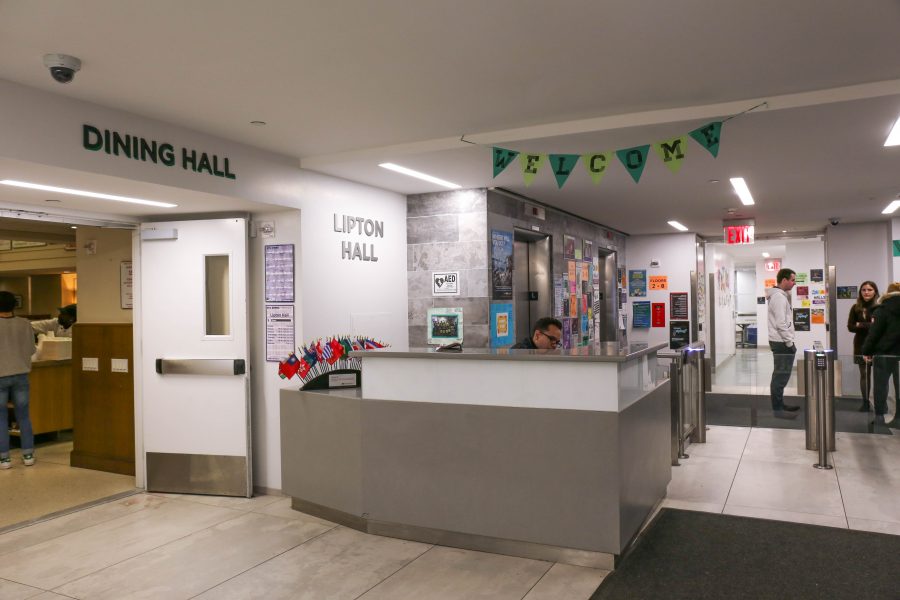 Lipton Dining hall is going vegan from April 23 to April 26 for Earth Week, which starts April 22. The AWC, a student group for animal rights, advocated the three day event at Lipton.

Lipton dining hall will temporarily turn its back on animal products from April 23 to April 25 after the Animal Welfare Collective fought for a vegan-only menu in conjunction with Earth Week.

The AWC, a student group that advocates for animal rights, met with dining hall administrators and Aramark — the dining food provider — to secure the event. The group has been advocating for Lipton to become vegan, with mixed reactions from students.

Nguyen said that Lipton’s three-day program is intended to be a test run for students, administrators and dining staff to see how a wholly plant-based dining hall would work at NYU. She said that the initiative would bring more awareness to students about plant-based foods.

“First of all you come in and some people don’t have a lot of exposure to plant-based foods, they might come in thinking it might just be like grass,” Nguyen said. “I hope that it’s going to be a great experience in the short run for everyone, for NYU Dining, for Aramark, for the students, and I hope that is going to increase excitement, because it is something new, and something fresh, and something sustainable — after all, two of the three days will happen during Earth Week.”

Nguyen said that the AWC had conducted several comprehensive surveys to see what NYU students thought about plant-based dining, and found that NYU students were mostly accepting of it. Two AWC board members who live in Lipton asked residents what they would think of the initiative, and they received positive feedback.

CAS junior Amanda Regalado, the chair of the Student Services committee who is helping the AWC with its plant-based dining hall initiative, said that a plant based dining hall would be a good idea.

“If in fact a plant-based dining hall is created, I suspect its impact would be mainly positive,” Regalado said. “Based on case studies we’ve reviewed, there should be no price increases.  Aramark, the company that provides our dining services, already has plant-based menu items that can be initiated. The great thing about plant-based food is that vegans, vegetarians and meat eaters alike can eat it — plus, vegans and vegetarians will have a more appetizing menu and a greater variety of options.”

LS freshman and AWC member Aneri Mehta said that the three-day event was a collaboration between AWC, administrators and dining hall staff. Mehta also said that the event coincides with NYU’s efforts to become more sustainable.

“We don’t want to force anyone to eat in a certain way,” Mehta said. “It’s really your business, but having this dining hall, having this option, it really goes with NYU’s dedication to sustainability. Boston University already is going to have a fully plant-based dining hall next year and New York is such a great location to do this.”

A version of this article appeared in the Wednesday, April 20 print edition.