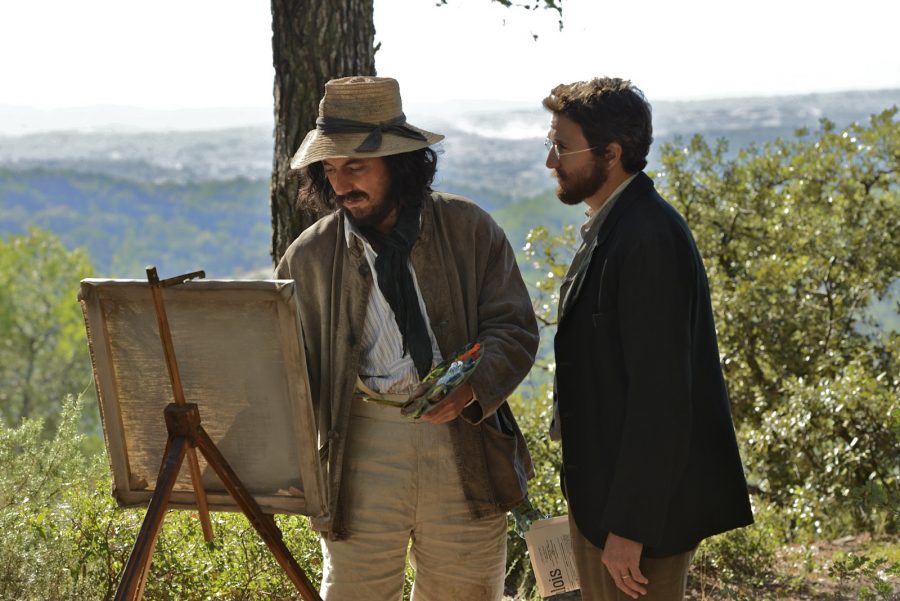 “Cezanne et Moi” is a film about the friendship between painter Paul Cezanne and author Emile Zola that arises when Cezanne challenges Zola about his recent work. The film will open on April 7 with a national rollout to follow.

Daniele Thompson’s most recent feature film “Cezanne et Moi” follows the volatile bromance of 19th-century author Emile Zola and painter Paul Cezanne. The film is told in two timelines: the first tells of an afternoon at Zola’s estate, where a furious Cezanne comes questioning the source material of Zola’s most recent novel. The second follows the actual relationship between the two men as they grow up together in southern France.

The novel in question depicts the life of a brutish, poor and drunk artist who never became as successful as he thought he would be. Cezanne feels ashamed and hurt that his once best friend would portray him as this reclusive madman and wants compensation — or at least an apology.

In the scenes depicting their childhoods, both artists are struggling for their big break. It becomes clear that Zola is much more a friend to Cezanne than Cezanne is in return. Zola becomes quite successful, though he never turns his back on the nearly-homeless Cezanne. It is the impulsive painter who ultimately divides the two, as Cezanne resents what he believes is his friend’s pity.

The film’s narrative is quite charming. In broad strokes, it is easy enough to understand the emotions and intentions of these characters, but the Impressionist era in which they lived is only captured in the director’s impressions of specific moments. The cinematography and aesthetic are very bright and very fluid. This makes for a captivating film to watch, and is deserving of the artistic narrative to follow. This close, colorful window into the lives of these characters is inclusive and makes the audience want to watch and hear this story develop.

Unfortunately, the writing in the first part of the film relies too much on content and is too specific to the time period. The intricacies of the protagonists’ relationship become difficult to follow. Guillaume Canet as Zola and Guillaume Gallienne as Cezanne are outstanding, rendering the characters authentically. The voices of the protagonists are distinct and well-captured.

But at many points throughout the film, an audience that has little prior knowledge about the lives of these people and is not fluent in French will feel left out of the action. The writing is quick and alive, but it does not translate well into a subtitled film. Many nuances go unrecognized because the characters converse so naturally — with stops, starts and interruptions.

Unlike a documentary, this film was not obsessed with explaining how and why the events occurred the way they did. The emphasis was the relationship between the two men, rather than their art. But the film did not fall into conventional historical film flaws — it was never boring. The drama was felt in the emotions of these characters and the film maintained a decent engagement with its audience. Much like an impressionist painting, the film might evade its viewer at first, but is actually quite valuable upon further consideration.