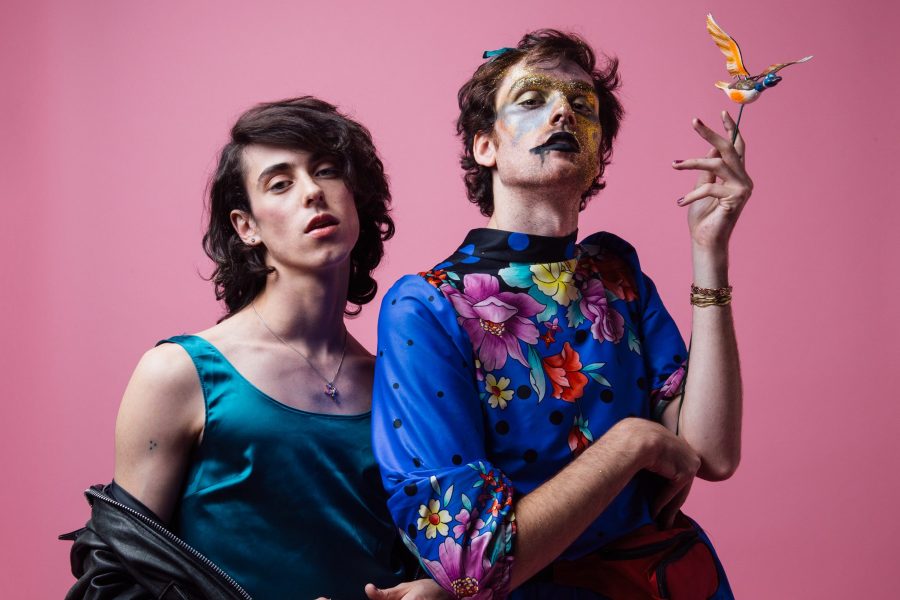 PWR BTTM are the glittery punk-rockers rising up the New York music scene. The duo released their latest single “Answer my Text” earlier in March.

It’s getting to be the time of year where everyone starts to scramble to apply for internships and summer jobs. Cover letters are proofread, resumes updated and most importantly, interviews are had. In every interview, across nearly every industry, interviewers manage to ask the dreaded question — “What have you been reading/watching/listening to lately?” The answer is supposed to be personal, but lofty. You have to be cool, but not so cool that you lack personality. Unique, but not grossly hipster. The pressure is enormous.

In order to help you give the most flawless answer and land that job, the staff has compiled our favorite art to name-drop. Choose wisely!

I have to say, I would be telling people about how I just recently re-watched Don Hertzfeldt’s short film “World of Tomorrow.” It is a short animated film about a morbid future built around the recordings of his 6-year-old niece. If that isn’t artsy enough, I don’t know what is. — Thomas Price, Opinion Editor

If a company won’t hire me because I listen to PWR BTTM, I don’t ever want to work there. They’re the queerest, glitteriest, most punk-rock stars on the scene right now, and I’ve been playing their latest single “Answer My Text” on repeat while I wait for their upcoming album, “Pageant.” When I say their name — assuming the interviewer either recognizes them or looks them up — it’s either a wary “oh” or a shout of agreement. It’s sort of like my personal test for the interviewer — if you’re not into sparkly gay punk, I’m not into your company. — Hailey Nuthals, Arts Editor

The best album to drop in an interview is obviously the “Yeezus” album by the talented Kanye West. By showing employers that you identify most with Kanye’s most controversial album, you’ll be sure to wow employers and show them that you are indeed a special snowflake. From the high-pitched screams of “Black Skinhead” to the bizarre lyrics of “Bound 2,” I choose “Yeezus,” because it will show that I too have failed countless times to acquire a pair of “Yeezy’s.” — Htoo Min, Deputy News Editor