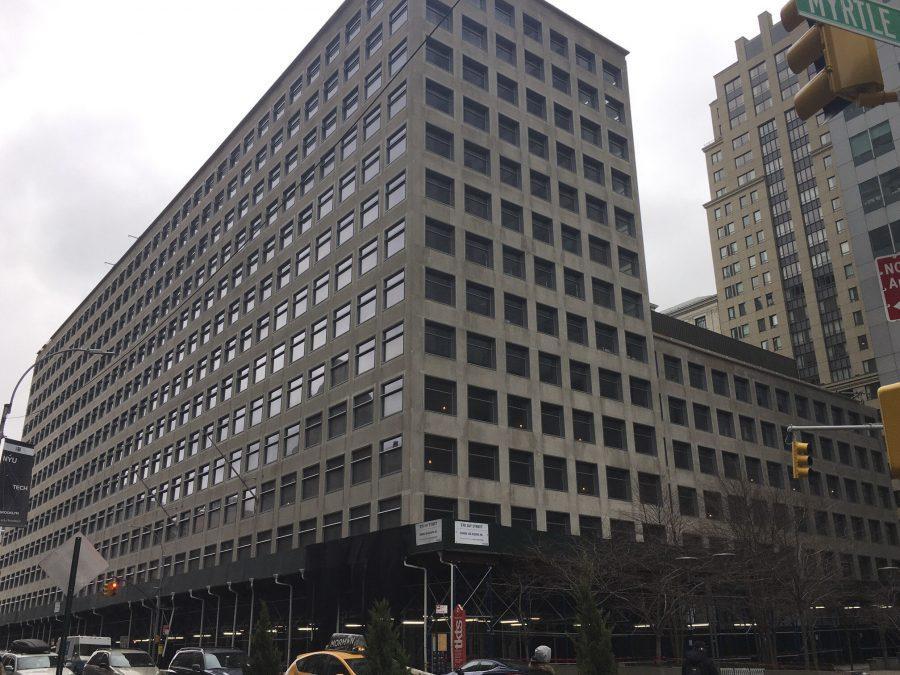 The $500 million building that is to be built at NYU Tandon could potentially generate significant revenue for the university.

Expansion is underway in downtown Brooklyn where renovations at 370 Jay St. — the former MTA headquarters — are setting the foundation for the university’s $500 million plan to improve NYU’s applied science courses.

This coming fall, 370 Jay St. will be open to NYU students as the initial renovations are completed, preparing it to be a new academic center for NYU Tandon students. The academic center will be a hub for technology, informatics, art and media, and it will host programs from Tandon, Tisch, Steinhardt and Courant. It is designed to help alleviate demand for classroom space in Tisch and Tandon’s Brooklyn-based programs.

“There’s going to be [a] number of different academic programs in there,” Berne said. “There will be classrooms, an auditorium, a lot of student spaces for projects, virtual reality and music studios. It will be a building that will be emblematic of the high-tech changes in Brooklyn linking several of our arts programs with engineering.”

The plan reflects a larger trend for New York-based universities to invest heavily in science and technology so that they can compete with schools in the Silicon Valley and Boston. For example, a Bloomberg article described how Cornell University is financing a campus on Roosevelt Island centered around technology, while Columbia University is investing in a brain science building.

Although students at Tandon are aware of the construction of the new academic center, many students such as Tandon sophomore Esther Phambu are not quite sure what the building is for and remain unaware of the extent to which NYU is investing in Tandon.

“I was trying to ask my friends what they thought of it too, but other than the general things — it’s being built and classes will be provided in it — there’s not much more we know about it,” Phambu said. “I’m excited for NYU Tandon, but I don’t know much about what’s going on. I don’t even know what’s going to be offered there.”

Other Tandon students have expressed similar sentiments about NYU’s investment. Tandon freshman Jeff Cia, who was previously unaware of the expansion plan, said that Tandon students felt disconnected from the main campus and this expansion could help remedy this detachment.

A version of this article appeared in the Monday, March 26 print edition.  Email Herman at [email protected]