Transferring Into the Team 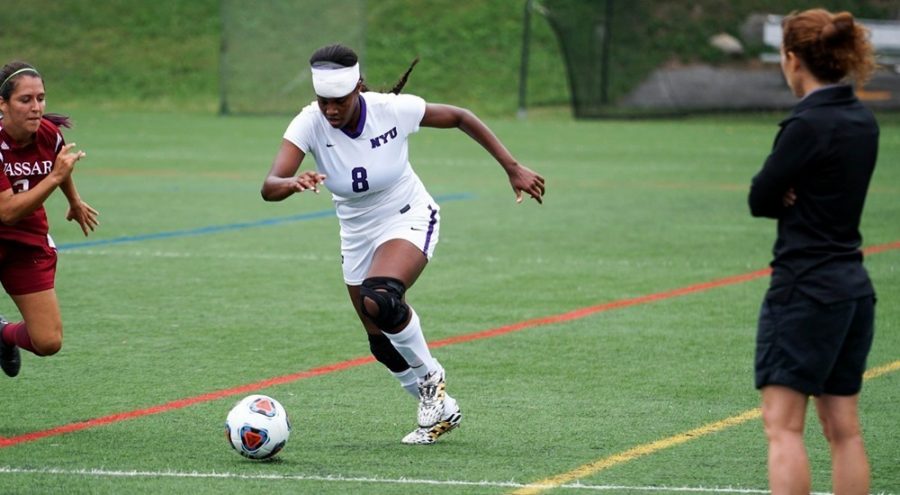 Being an athlete at NYU is no easy task, especially during freshman year. One must both adjust to the climate of collegiate sports and navigate the city-school landscape. After some time, athletes develop bonds with their teammates that make the stress of juggling so many new experiences much more bearable. However, there is a population of NYU athletes who must bear the burden of being new twice: transfer–athletes.

“Emotionally as well as socially it was very difficult at first for me,” Love said. “Obviously when coming in everyone in my class had formed relationships that were already two years strong. The freshmen had each other, and I was the only transfer kid. Coming in as a transfer, I felt left out at first and judged for my skills and everything else I did on the field.”

However, the change did not stop Love from excelling during her season, as she earned both the honor of UAA Second-Team All Conference and a regular starting position.

“Playing time was not really a concern for me,” Love said. “I knew that I was new and that the returning forwards were all previously on the team, so it would be hard to earn a starting spot. The playing style here is a lot better than what I was used to, and transferring here and playing with the formation that we do actually makes me a lot more confident when I play and it gives me a better opportunity to express myself.”

“I decided on NYU because of its unique combination of prestigious academics, competitive athletics and especially the liveliness of New York City,” Otto said. “The NYU baseball team is very focused on putting together a successful season, probably more so than at Oberlin. Specifically, the freshman class on the team at NYU is a focused group of guys with strong baseball backgrounds. Overall, this team has a better baseball background with more committed players than I experienced at Oberlin.”

While Otto is new, he has high hopes for the upcoming season and his future position on the team.

“The freshman class is loaded with talent, some of which is at shortstop, which is where I play,” Otto said. “This might even benefit me in the long run, as it will push me to work harder for playing time than I would if the position was just handed to me, like it was at Oberlin.”

While being a transfer-athlete can be intimidating, students are willing to go through the process  to be part of the NYU athletic community. The chance to be a  student at an academically invigorating school like NYU, while competing for the competitive Division III sports program, is worth the challenge.

A version of this article appeared in the Monday, March 6 print edition.