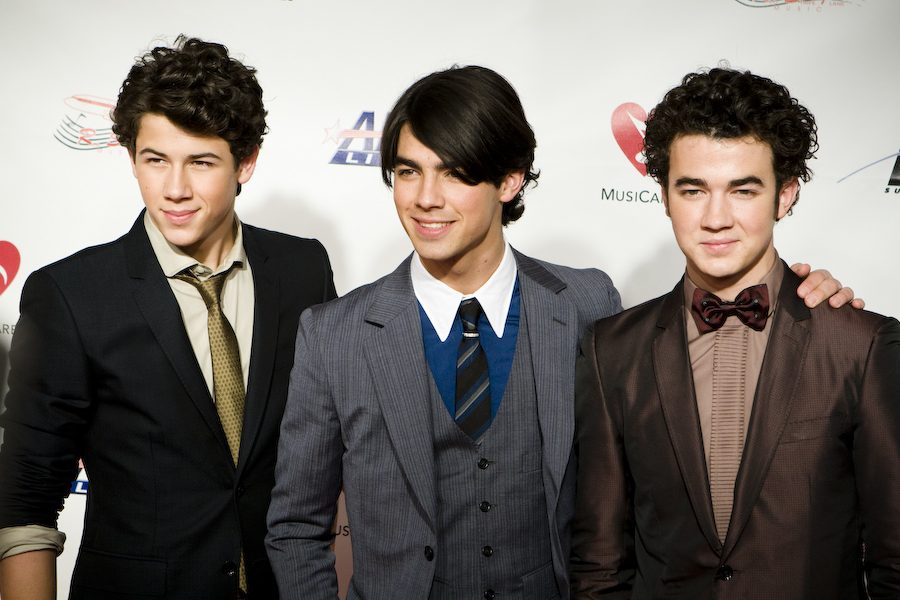 We’re very serious when we say that if any of the following celebrities proposed to us at this very moment, we’d accept without a second thought. Check out the pairings our tweenage selves thought were #made2be:

We all remember the six-year period of our lives when Jesse McCartney was the sole love of our lives. If we weren’t swooning over his beautiful voice singing “Beautiful Soul,” we were ogling at posters of him staring at us through his blonde bangs. And who could forget his epic appearance in that episode of “The Suite Life of Zack & Cody?” His other songs are mostly irrelevant — though “How Do You Sleep” and “Leavin” are absolute bops — but “Beautiful Soul” is enough to get me through this lifetime. — Natasha Roy, News Editor

The men on the 2000s television show “The OC” are some of the greatest the decade had to offer. The dynamic duo of Ben McKenzie and Adam Brody in their brawn and brain roles is truly iconic. The two had a natural chemistry that only they understood. Brody’s Seth Cohen is the man I want to marry, but we are probably so similar we’d drive each other crazy with our neurotic tendencies. Nothing encapsulates their repartee better than this moment, from season one, episode 10:

Ryan: Sometimes I think you talk just to make sounds.

Seth: Sometimes I do.

Ugh, my heart! Please watch this show immediately if you haven’t already, I urge you. — Rachel Ruecker, Senior Editor

Although some debate the quality of their music, the place the Jonas Brothers held in the hearts of millions of tween girls can never be questioned. Nick, Kevin and Joe are genuinely talented. They were solid role models, and Nick is very attractive. It’s not often that a teen girl loves a heartthrob for more than just their looks. Although I am still reeling from the pain of their failed recent comeback attempt, I will never take “Burnin’ Up” off repeat. I just wish they would realize that they are nothing without each other. Groups like the JoBros come along once in a generation. Neither Nick’s solo venture “Chains” or Joe’s “Cake by the Ocean” can hold a candle to “When You Look Me in the Eyes.” — Taylor Rogers, Features Editor

Zac Efron was my first celebrity crush. His breakthrough role in “High School Musical” highlighted his triple-threat talent. He looked good acting, singing and dancing, even with a Bieber-like bowl cut — which he rocked before people even knew Justin Bieber existed. At one point I had multiple posters of Zac pinned to my bedroom walls. Perhaps his most defining moment as a teen heartthrob was in “17 Again,” where he gets out of an Audi, shrugs on a leather jacket and walks to class while pulling off the Steve McQueen-inspired look. It’s iconic. — Sophie Shaw, Beauty and Fashion Editor

I stopped watching Disney Channel several years before entering teenagedom, so the Jonas Brothers, Sprouse twins and Jesse McCartney never made me swoon — I preferred maturity over boyish charm. My teenage heartthrobs included the likes of the young George Clooney. I know this may seem weird, but no one can compare to the tall, dark and handsome Clooney in “Out of Sight” — his character really was attractive enough to make a federal agent fall in love with him despite his criminal nature. Taylor Lautner may have distracted me for a second, but the young George Clooney will always have my teenage heart. —  Sierra Jackson, Co-Managing Editor