NYU Student in the Running to Win $100,000 Jeopardy Prize 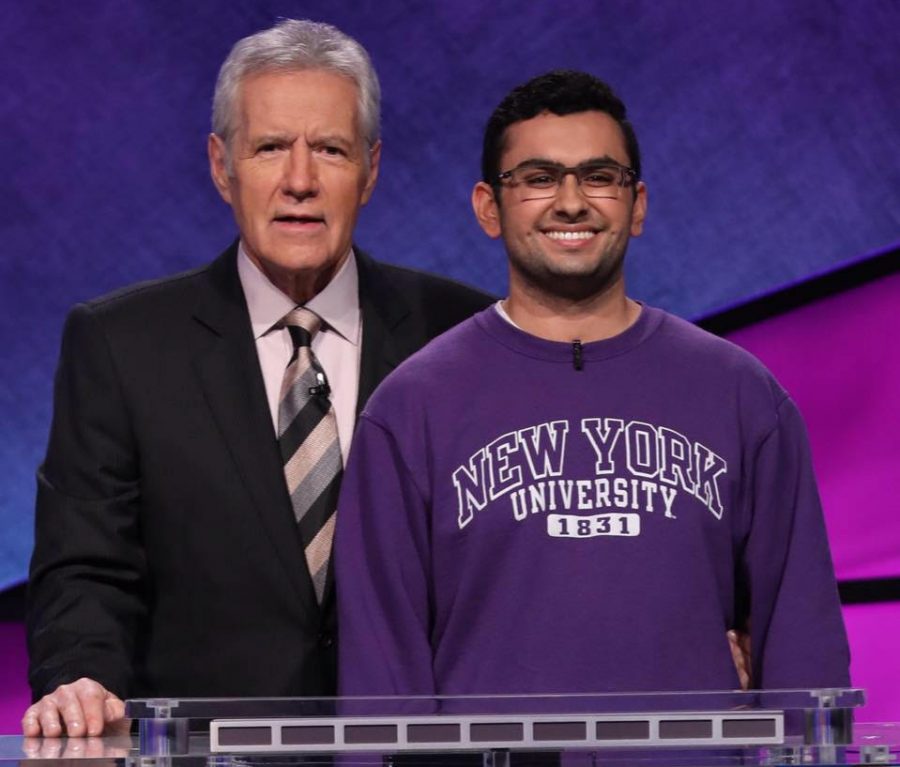 Stern freshman Mohan Maholtra never thought he would compete against 14 other college students for a grand prize of $100,000. Now, as a semifinalist in the “Jeopardy! College Championship,” he is living that dream. Maholtra — who is also a member of NYU’s premiere hip-hop, bhangra and Bollywood dance troupe Pandemonium — said his lively personality and knack for history landed him a spot on the hit ABC game show.

Washington Square News: When, where and how did your knack for history begin?

Mohan Maholtra: I guess it began in sixth or seventh grade. I always liked geography and learning more about the places I was traveling to. Around eighth grade, my family moved houses and instead of my mom picking me up from school, my dad would. But every Tuesday and Thursday, he had meetings until eight o’clock at night. So I had to go to his office and sit there. My dad didn’t want me playing video games. He told me to bring a book. That year I was taking U.S. History, so I just started reading ahead for fun because it was like a story to me.

WSN: How did you prepare for [Jeopardy]?

MM: There was a book I read called “An Incomplete Education.” I’d describe the book as a condensed encyclopedia. I lacked a lot in science, but I was surprisingly worse at pop culture. As far as sports went, YouTube highlights of legendary athletes were more engaging than reading Wikipedia articles. But when it came to pop culture in general, I watched “Family Guy.” I ran it by all of my friends, and they all thought I was crazy. But as you’ll see on the show, it helped me quite a bit in certain categories. I would write down all the pop culture references that were made on “Family Guy,” because if most of the general public gets them, I should too.

WSN: What was your experience on the live show like?

MM: It was so nerve-racking because the studio audience and other contestants are watching and you know everyone is judging you. I had a really bad gaffe at one point, where I gave an answer that was completely wrong — completely stupid — and now I’m unsure why I pressed the buzzer, because I didn’t really know the answer. In my head, I said, “Crap, you’re on national television.” But it goes by so fast, and when it’s over you’re left thinking, “I want to play more.” You’re nervous, of course, for the first questions, but after a while, you just lose yourself in it.

WSN: Do you have any advice for NYU students or future Jeopardy participants?

MM: Let life guide you. I almost didn’t try out for Jeopardy. One of my friends came up to me a few days before the deadline and said, “Hey, we should both try out for this! Wouldn’t it be so cool if we got onto the show?” But I didn’t think I’d make it. He said, “Just do it for fun.” So I did, and it just happened. Just do the best you can and see what happens. Don’t force things. Most importantly, be yourself. Anyone can study for a test, but they want to see your personality more than anything.

Mohan’s first episode aired on Thursday, Feb. 16. He advanced as a semi-finalist and appeared again on Tuesday, Feb. 21 at 7 p.m. on ABC.