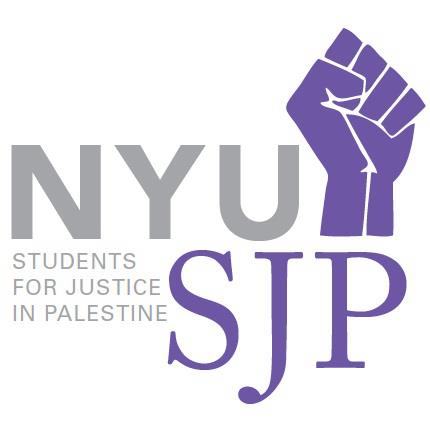 NYU Students for Justice in Palestine is a Palestinian advocacy group. Last month members received an email threatening to release their personal details, including information on their friends and family.

Cyber harassment plagued the NYU Students for Justice in Palestine. NYUSJP received an anonymous, threatening letter via email that promised to expose the religious beliefs and immigration statuses of the group’s members and their families to federal agencies such as the Department of Homeland Security, the Justice Department and Immigration and Customs Enforcement.

Now, the club is employing its best efforts to protect members from further online threats and privacy violations. In response to the letter, NYUSJP released a statement condemning the letter and implored the administration to take actions against hateful speech.

The statement was signed in solidarity by other organizations such as Latinos Unidos Con Honor y Amistad, NYU Incarceration to Education Coalition and the Student Labor Action Movement at NYU.

“This comes less than a week after President Donald Trump issued the executive order known as the ‘Muslim ban,’ which has allowed the U.S [Customs and Border Protection] to illegally detain hundreds of travelers,” the statement said. “As the administration is well aware, the ban — despite being temporarily suspended — has already impacted NYU staff, faculty and students. This direct threat on vulnerable members of our community cannot be ignored.”

The statement asked that NYU President Andrew Hamilton and administration oppose the threats, investigate the hateful rhetoric and declare NYU a sanctuary campus. This statement was posted on the club’s website and was also delivered to both the NYU administration and Hamilton.

The NYUSJP board said that the club is now taking extra precautions to ensure the safety of its members — it does not want to share individual names of members to prevent further compromising privacy.

“This is an attempt to avoid having certain people in the group harassed or threatened,” the board said. “We have also reported the threat to public safety and are working on the next steps with them.”

The board said that after it reported the issue to public safety, the group was promised communication with a law enforcement agency that is partnering with NYU.

NYUSJP was directly contacted by Senior Vice President for Student Affairs Marc Wais, who ensured that the university is taking steps to ensure the wellbeing of the group’s members.

“Your safety is important to us,” Wais told the group. “As you know, our Public Safety Department has already been in touch with law enforcement regarding this issue.”

NYU spokesperson Matt Nagel said that the university has taken the necessary precautions to ensure the safety of NYUSJP members — the email was also shared with NYPD. He also said that an adviser from the Center for Student Activities, Leadership and Service has reached out to the club in support.

“The email sent to the SJP, like its predecessor [another email sent in December], is vile,” Nagel said. “Threats of violence or insults based on religion or country of origin or immigration status are contemptible, and neither SJP nor any other student group should be subjected to such abuse. The university condemns the email in the strongest terms.”

Even with responses from different administrators, NYUSJP said that it is disappointed that the university has not made a statement opposing all hate and discrimination. However, the club appreciates the support that other on-campus groups, such as LUCHA and the Muslim Students Association, have offered them.

“It is tough not to wonder how the university and the public’s reaction would’ve been if it were any other type of student organization receiving such an abominable threat,” the board said. “Simultaneously, we also feel very blessed to have gotten an overwhelming amount of support from students, faculty and other on-campus clubs. Their solidarity gives us hope and strength to continue our work.”

NYUSJP also said it was dissatisfied with a lack of direct response from Hamilton. The board still hopes that NYU takes steps to ensure the safety of all students who feel unsafe due to current government policies.

“We were hoping that the university, or more specifically, President Hamilton would publicly express that this type of hateful threatening is absolutely intolerable,” the NYUSJP board said. “We are still following up with public safety and the administration. But we want the conversation to keep going in hopes that NYU will consider making our campus a sanctuary campus.”