Failure is Part of the Process 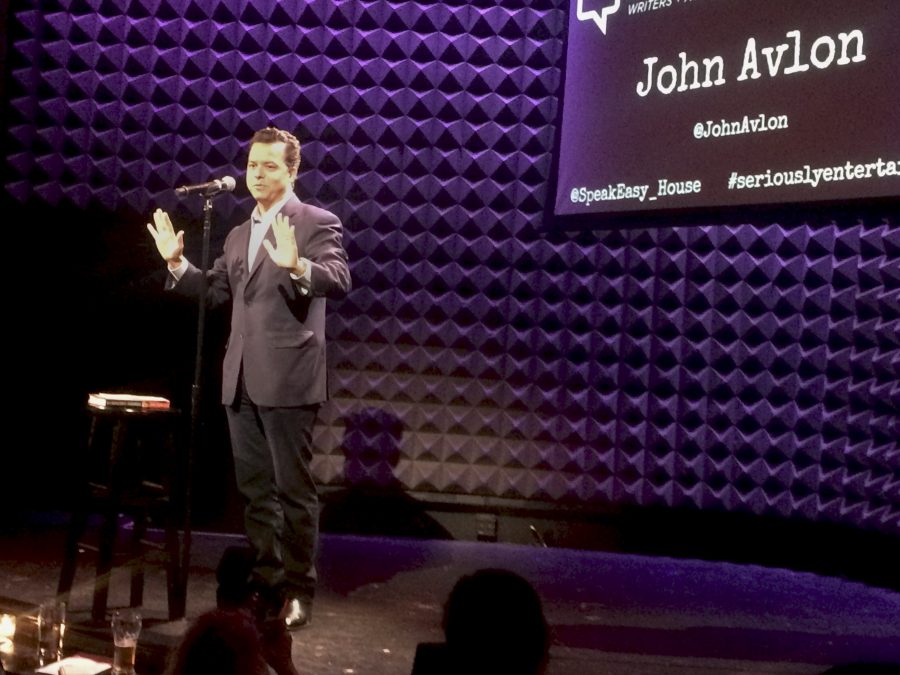 John Avlon speaks at Joe’s Pub, Tuesday. The House of Speakeasy hosted the intellectual talk, which focused on stories about failures.

When an award-winning novelist begins his true life story by telling a crowd of New York intellectuals about his experience cooking dope with his Uncle Hustle, it is not a typical night out at Joe’s Pub. But then, what is a normal night for Joe’s Pub? The venue has a penchant for unusual performances, including Tuesday’s intellectual talks at an event hosted by the House of Speakeasy. The night’s theme was “Failing Up,” with stories of failure that — by another standard — were successes.

The night’s stories had an autobiographical trend, but the first and last speakers, astrophysicist Janna Levin and Editor-in-Chief of the Daily Beast John Avlon bucked this trend. Levin began the night by describing the life of Joe Weber. She covered the famed physicist’s meteoric rise to stardom after he confirmed the existence of gravitational waves. She further discussed his exile from the scientific community and his post-mortem vindication — which finally occurred over a decade after he died from slipping in an icy street. Her moral was dark but comforting: the world and progress do not cease after death.

Less uplifting and more misguided was Avlon’s speech on the founding of the United States. Unsurprisingly, his portrayal of the revolution and America’s beginnings passed over many of the uglier parts of the country’s history in favor of a seemingly mythical progression. It was especially hard to understand this tale’s relationship to the night’s theme of failing up. In many respects, the United States’s first years were simply a failure. The story was meant to comfort the audience in frightening modern times, but Avlon’s blindness to the realities of many Americans’ circumstances caused the night to end with uneasiness.

But between these speakers, two novelists lifted the spirits of the evening. NYU alumnus and professor Mitchell S. Jackson’s tale — told with a sparkling sense of humor — began with Uncle Hustle, and it was perhaps the most gripping of the night. His comparison between his novel’s $17,500 down payment after 12 years of labor and the $20,000 he made from dealing drugs at 19 earned some of the biggest laughs of the night. Jackson’s ability to tie his tale to the theme — and the resulting exposure of assumptions made about people of Jackson’s race and background — demonstrated why he has collected so many awards at such an early stage in his career.

The other notable writer, translator-turned-novelist Idra Novey, described how as a young girl in western Pennsylvania, she was discouraged from writing. This led to her secretive work on a novel — hidden even from her family members.

Failing up might not just be for individuals, but for communities as well, and this may have been Avlon’s clumsily fumbled point and the message underlying the rest of the speeches: perhaps today, when times seem rough, we can hope to fail up, too.

A version of this article appeared in the Monday, Feb. 13 print edition. Email Michael Landes at [email protected]