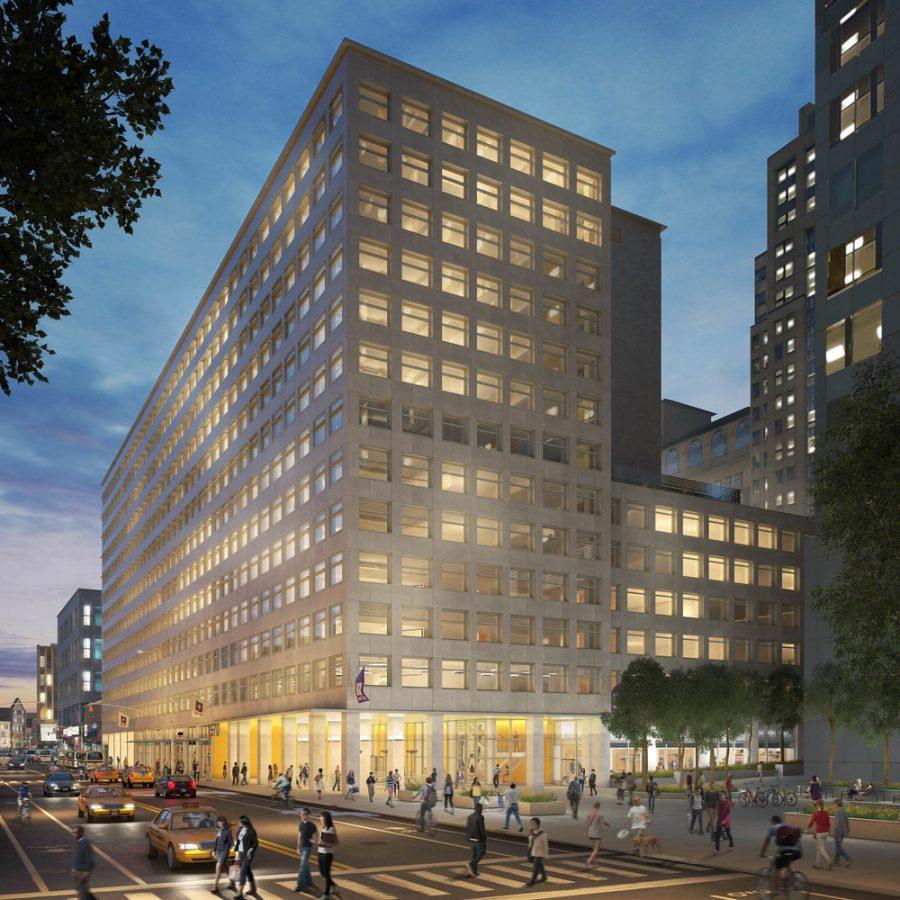 Tandon announced that it is investing $500 million into renovating its campus, including a new building at 370 Jay St.

After years of only having one academic building solely dedicated to the Tandon School of Engineering, the campus will now be revamped with a $500 million investment, which includes a newly constructed building at 370 Jay St.

This new structure is across the street from Tandon’s main academic building, Rogers Hall, and it is presently surrounded by scaffolding. For over a year, the building was shrouded in black tarp and seemed abandoned — it has only been brought to light recently that the building is actually owned by NYU. This was verified by the Department of Buildings website.

The space spans an entire block of Jay Street, and this new building is a significant change for Tandon students, who have been mostly confined to one academic building and one dining hall.

“There are parts of Rogers that look good as new, while others look like a work in progress that is no longer in progress,” Kracz said in an email. “Most lab professors are crammed into small windowless rooms, [which are] often doubling as a storage space.”

Kracz said that while Rogers Hall has been the subject of many repairs over the years, he thinks it is simply always in a state of disrepair.

“From what I can see, the seventh floor has remained mainly unchanged: no new tile, lighting or classrooms,” Kracz said. “This is a drastically noticeable difference from the second floor, which comes complete with new tri-level classrooms, bathrooms and lounges to boot.”

With a new building, Tandon students will no longer have to fear overcrowded classrooms or a lack of space to socialize. Executive Vice President for Health Bob Berne, who coordinated the programming of 370 Jay St., said that the new building will contain high-tech spaces for students to use.

“The facility will have a media commons that include audio labs, mo-cap [motion capture] labs, VR rooms, black boxes, makerspaces, performance space, an exhibit hall and workshop spaces,” Berne said in an email. “It is designed with several features that allow the building to operate more efficiently.”

He said that when the building is completed, it will have the capability to control daylight and shadowing to allow the facility to be heated and cooled while using less energy — all of this is LEED certified.

With all these new functions, Tandon students such as freshman Simone Brown, said that they look forward to the expansion and the anticipation of newer and better facilities to learn and use.

“I’m looking forward to 370 Jay St. because I’ve heard rumors that it will house an additional or replacement dining hall and any addition of facilities is exciting,” Brown said. “I’m glad to see that we’re growing at Tandon.”