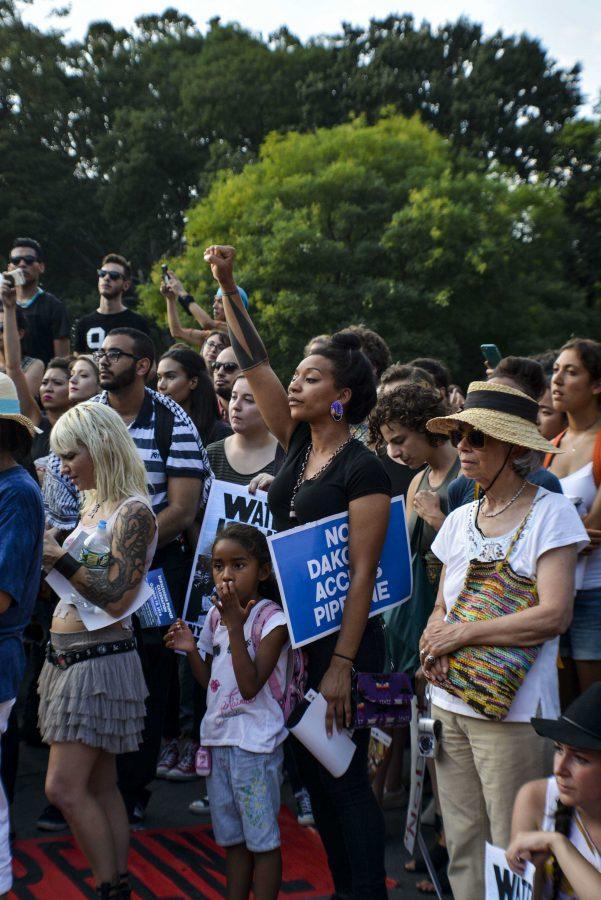 After nationwide support for the Standing Rock Sioux Tribe, the US Army Corps of Engineers have rerouted the Dakota Access Pipeline around the reservation.

After months of demonstration against building the Dakota Access Pipeline through Native American land, the U.S. Army Corps of Engineers announced on Sunday that it would reroute the pipeline so it would not cross the Standing Rock Reservation.

In a statement about the DAPL’s rerouting, the Standing Rock Sioux Tribe thanked the tribal youth who helped start the movement, the support they received globally, the other tribes that stood with them and the Obama administration.

“We thank the thousands of people who came to the camps to support us, and the tens of thousands who donated time, talent and money to our efforts to stand against this pipeline in the name of protecting our water,” the statement said. “We especially thank all of the other tribal nations and jurisdictions who stood in solidarity with us, and we stand ready to stand with you if and when your people are in need.”

CAS senior and NYU Divest member Lola Jusidman said that although the rerouting was a victory for the Standing Rock Sioux people, the pipeline should not be built anywhere.

“We value the tentative decision to reroute the pipeline as a victory within the shamefully long and hard fight for tribal sovereignty and respect for sacred lands,” Jusidman said. “But, as many Native leaders believe, the DAPL does not belong downstream on the Missouri River, where it will poison the water supply of millions. It belongs nowhere.”

Jusidman also said that any decisions regarding the pipeline should include tribal leadership in the decision-making process.

“Our movement must be vigilant that the Army Corps and other authorities incorporate tribal leadership and implement its requests in the reassessment of the pipeline,” Jusidman said. “We stand firm in recognizing that new fossil fuel infrastructure has no place on this Earth, and we resolve to continue fighting it.”

CAS senior Natalie Petrulla, president of Earth Matters, said that she was extremely happy with this announcement.

“I think that even though the pipeline is still being built, it shows that people really do have the power to change things, and standing up for what you believe in actually makes a difference,” Petrulla said. “I feel like this victory is going to motivate people even more to stand up for environmental causes because now they feel like they can really accomplish something.”

Petrulla said that although this decision may seem relatively small in the context of environmental change, it has powerful implications for the environmental community.

“In the grand scheme of things, it is a small victory, especially because the pipeline is still being built,” Petrulla said. “But it is a very important moment for the environmental community.”

Taylor Norman, co-president of the Native American and Indigenous Students Group, said that she is remaining positive about the news while still remembering that there is more to fight for.

“Whether or not DAPL goes on, there are still other pipelines being built — two in New York,” Norman said. “However, this decision helps as we fight for our sovereignty as indigenous people.”

A version of this article appeared in the Monday, Dec. 5 print edition. Email Natasha Roy at [email protected]