I Tried… Following Only People Donald Trump Follows on Twitter 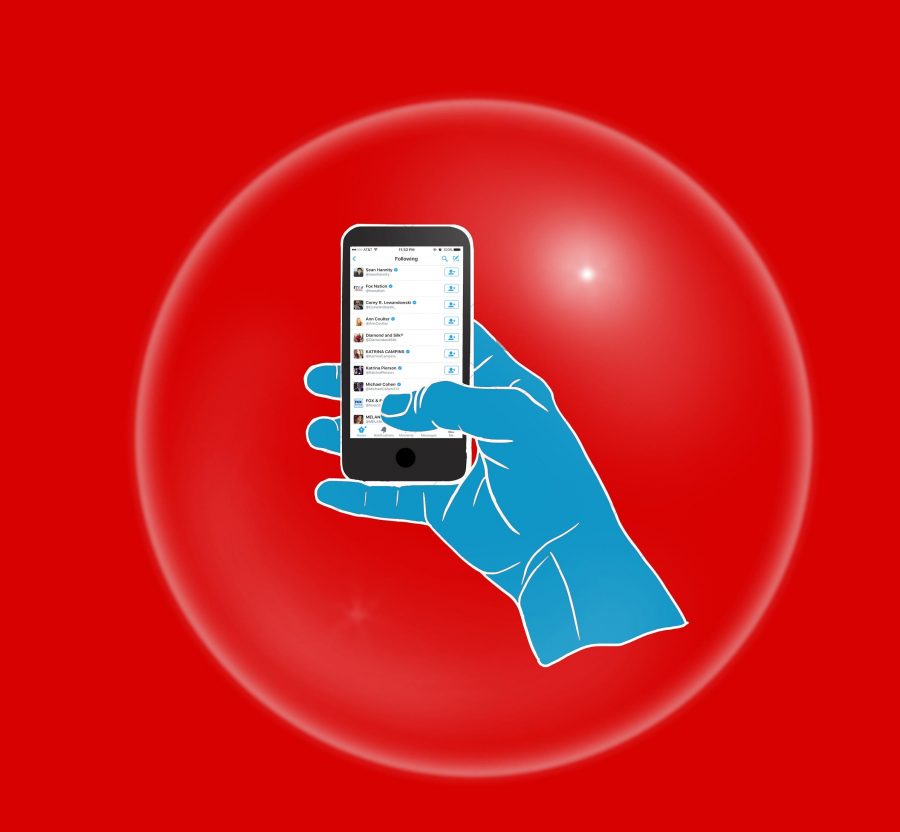 Donald Trump's Twitter feed provides a look into his bubble of conservatism.

“I have never seen a thin person drinking Diet Coke.”

This is one of hundreds of Donald Trump’s infamously unique tweets. On Sunday evening, I created a new Twitter account in an effort to understand where and from whom Donald Trump gets his information. What does he see when he opens his Twitter feed? So, with a bit of skepticism, I followed every single person on the President-elect’s following list. I think it suffices to say that I read more disastrous Ann Coulter tweets this week than ever before in my life.

Sunday — I followed all 41 people that Donald Trump follows, from the official accounts of his luxury resorts and golf courses to Fox News anchors — minus Megyn Kelly —  to campaign staff, conservative religious leaders and weirdly, the C.E.O. of World Wrestling Entertainment. I settled in for a quick scroll down my news feed, still naively optimistic and bright-eyed. By the end of the night I was neither. Sean Hannity remained upset about the “Hamilton” cast’s message to Mike Pence, tweeting “They won’t apologize. I want to get to the business of fixing the mess @BarackObama created.” The cast of Hamilton is standing in the way of fixing the “mess” this country is in? Who knew?

Monday — Two accounts followed mine, even though I had done nothing but follow people and scroll down my feed in vague disbelief. Ann Coulter was as distasteful as ever, tweeting “Every day is Christmas in Trump’s America!” with a link to an article about Trump’s media summit, in which he blasted big players in the media. It was a bit troubling to know that Ann Coulter thinks that Trump’s pettiness and inability to take criticism is something akin to Christmas, and even more so that she believes it should be normalized. But, hey — Ann Coulter.

Tuesday —  I was sitting at the gate at JFK early in the morning, about to board my flight back home when I decided that I needed some more of “Trump’s America,” as Ann Coulter would say. Two more accounts followed mine, but it didn’t look like people were tweeting at four in the morning, which was more than I could say for Trump himself.

Wednesday — I’ll be honest, I just wanted to have a day with my family that wasn’t colored by Piers Morgan, editor of the Daily Mail Online, being condescending on the Internet. I scrolled through my feed but didn’t look too closely. There was still a lot of Piers Morgan.

Thursday — In the spirit of Thanksgiving, Piers Morgan got into a passive-aggressive (but mostly aggressive) exchange with Charles M. Blow, an op-ed columnist for the New York Times. “Again, more courageous if you say it to my face, Charles,” Morgan tweeted, after Blow dropped the f-bomb on him. This stemmed from an op-ed piece Blow wrote about Trump’s visit to the NYT offices. Morgan called Blow’s words “gutless” because they were not said “to Trump’s face.” But if Morgan had read the article, as many people pointed out in their replies, he would know that Blow wasn’t at the meeting and therefore could not have said his words to Trump’s face.

While I wanted to end this week thinking that I would better understand this wave of conservatism, I was left feeling a little bit nauseated and in disbelief of how anyone could truly believe or understand what I had read on my timeline throughout the week. It’s especially hard not to be skeptical on social media, Twitter especially. It’s just hard to convey nuance in 140 characters. The liberal echo chamber is real, but it has a conservative counterpart on the other end of the political spectrum, and I was able to catch a glimpse of it through Twitter.