Meet the RA Who Ran the NYC Marathon 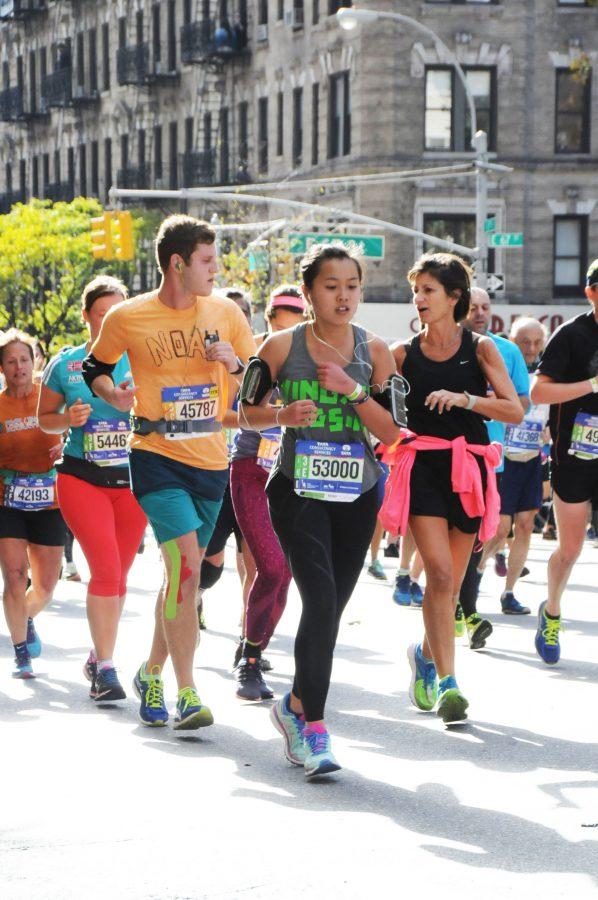 Lipton RA and CAS Senior Ying Xin Tan added to her workload by training for the New York City Marathon.

NYU is home to many decorated student-athletes with distinguished awards and recognitions from their varsity sport seasons. However, some of the school’s most shining competitors — despite their undying commitment to athletics — remain overlooked. They may not participate in organized sports at school, but they still dedicate much of their day to improving their physical abilities. Yingxin Tan, a CAS senior studying Environmental Studies and Urban Design and a Lipton RA, is one of these students.

This month, Tan took on the grueling task of running the NYC Marathon, which goes through all five boroughs of New York. While she has participated in many other races, this was her first full marathon. She ended with a time of four hours and 55 minutes.

“I have been running for a pretty long time. My dad got me into running when I was like 10,” Tan said. “I’ve done 10ks and half marathons, so I just thought, why not do a full one? I was also trying to challenge myself, to see how far I could go. It’s my last year at NYU, and I wanted to do something big.”

She started her training plan in July in order to take on the race. Tan ran about four times a week and the distances would gradually increase as the program continued.

“The longest distance on the plan is 20 miles, so you never go up to 26 [until the day of the race],” Tan explained.

Tan is originally from Singapore and will be returning there to work at the Ministry of the Environment upon graduating this spring. When she first came to the city for school, she thought that she could use her interest in running as a way to explore New York.

“I just really like running recreationally,” Tan said. “I think it’s a good way to see things. When I moved here I thought this would be a great way to see the city.”

However, no amount of years running around Manhattan could have prepared her for the moment when she finally crossed the finish line in November.

“My first thought was ‘oh my goodness I’m finally done,’” Tan said. “26 miles later, it was such a relief. I felt accomplished. I had been training and working for this for so long. Right after you get through the finish line there are people giving out medals and putting them on you. It was just like ‘oh my goodness, I ran this.’”

Despite months of training and excitement as she looked forward to the big day, the race itself did not come without its challenges. There were moments when exhaustion seemed to almost get the best of her.

“The first half was definitely a lot better for me because I think I was just really excited and the whole atmosphere was driving me, like the adrenaline,” Tan said. “Brooklyn is really flat, so going through Brooklyn was great, and then you go through Queens. Then you cross the Queensboro bridge, which is like mile 15, and I thought ‘shoot, I am really tired now’ because I had to go uphill.”

Running a race as long as a marathon takes not only physical excellence, but mental and emotional grit. Tan feels that through this experience, she has gotten to know both more about herself as a person, and how much she can truly handle what life throws her way.

“This sounds kind of cliche, but I feel like I understand myself better,” Tan said. “I know how far I can go, and [I have] this experience to look back on when I’m facing other challenges in life. I worked really hard on it and I got through it. Perseverance and self confidence, sort of.”