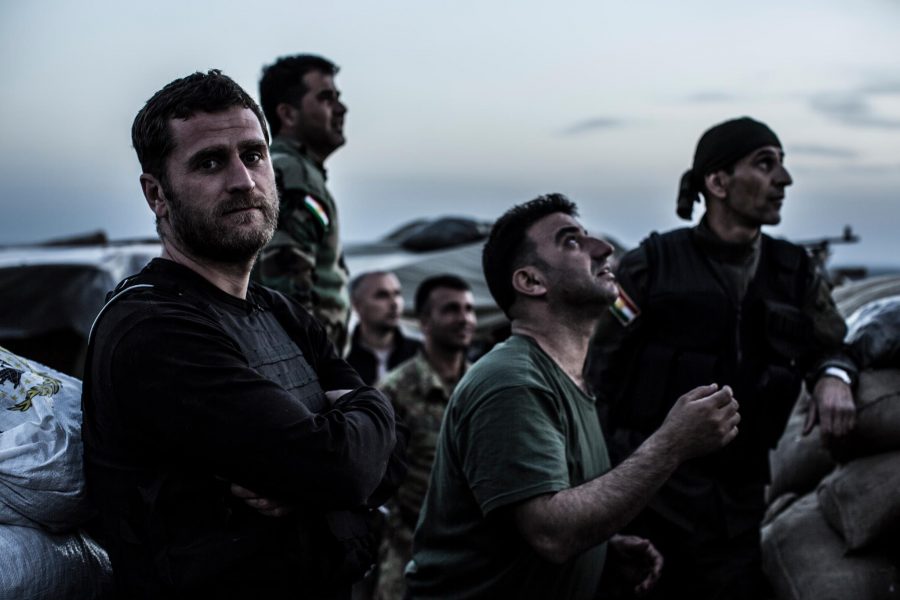 Vice displays the harsh reality of the Syrian front line in the war against ISIS, in the Emmy nominated documentary “Fighting ISIS.”

News media has recently undergone one of the most radical and rapid evolutions in its history in order to adapt to the digital landscape. Often, though, it finds itself trying to adapt its old format to new technology with middling success. Vice News Tonight, produced by HBO, is working to change the landscape of modern journalism. It combines elements of multimedia presentations, personal interviews and front-line field journalism in a new nightly news show as an alternative to the standard anchorman desk-set. Vice is known as one of the most risk-tolerant organizations in the world, to quote Josh Tyrangiel, Vice’s Executive President of Content. He conducted an interview via webcam on Wednesday afternoon, where he answered questions about the newly televised series that premiered this Monday, Oct. 10.

Tyrangiel’s candidness during the interview and his attitude towards his work embodied Vice’s mission: unvarnished storytelling by “reporters who call it like they see it.” Tyrangiel’s teams are not only unafraid to take risks, they embrace them. He reveals that many of his new visual design ideas stem from shows like “Saturday Night Live” and “Sesame Street,” programs that offer creative, engaging and efficient options for communicating information.

Tyrangiel recognizes that his program is entering a tough environment that faces a plethora of competitors for his audience’s attention. However, he believes that Vice’s reporting has more value to audiences because of the time and investment allotted to each story. Vice is not targeting an audience, or searching for a certain predictable demographic; Vice is committed to cultivating stories that “feel now” because, as Tyrangiel sees it, “all generations like good shit.” A reporter may spend six months abroad collecting a story, and there is still a chance that no one will read it. Yet that is a risk Vice is willing to take to make their “good shit,” in order to acquire the depth and creativity that has become standard at the company.

When asked how Tyrangiel selects his stories, which can range from conflict in Mosul to the addition of Fentanyl in heroin shipments, he responded, “I’m less interested in being predictive than I am in finding what feels like now.” Vice is passionate about maintaining and creating a global perspective in media. The team of journalists recognizes that our world is interconnected: America does not exist in its own vacuum, and some of the biggest stories are happening beyond these borders.

The modern United States is a divided nation — political alignment, socioeconomic classification and even regional differences are visible within the media landscape. Vice News aims to change the way Americans digest the news by creatively reporting on a broad range of subjects to open global perspectives rather than confining journalists to what’s predictable or overshared. Their poignant, transparent ideas becoming a reality, and Vice is ready to change the media landscape for the modern world.