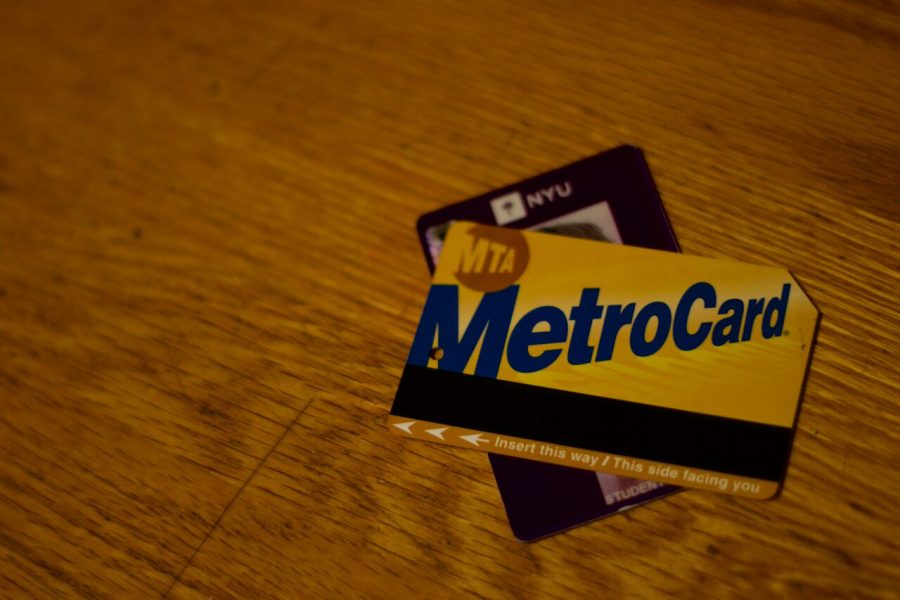 Imagine paying over $100 just to get to school. Students accumulate increasing financial obligations and as transportation costs threaten to rise, students from Hunter College started petitioning the city for discounted MetroCards last Thursday. This is not a new conversation. At NYU, Tandon students called on NYU to subsidize transportation in 2013, and the Collegiate Congress created a petition to provide students with a 30 percent discount for unlimited MetroCards last February.

However, neither proposal succeeded and NYU students are still paying for public transportation.

CAS junior Terzel Ron Vasquez is the secretary of the Commuter Student Council, and he said that subsidized MetroCards would create greater inclusivity for commuter students by granting them greater access to the city that reaches beyond their classes on campus.

“Commuter students want to feel like they are a part of the community of NYU, and they would have to keep on traveling to events on campus,” Vasquez said. “In doing so, that excludes them from participating in events with their friends or going to events they really want to attend whether it be for career development or any interest that they may have.”

He thinks that compared to students in dorms, current transportation costs hinder commuter students from fully engaging in the NYU community.

“Residents at NYU don’t feel the need to travel all the time to go to certain events that are on campus,” Vasquez said.

Even if the MetroCards are not free, he thinks that discounted MetroCards would still be beneficial for the commuter population. LS sophomore Omar Serrano also feels that transportation costs are a large obstacle for him, since he commutes from North Bergen, New Jersey.

Considering how much he pays for tuition, he thinks that NYU should cover MetroCard fees so he could use his money for other necessities.

“NYU should cover the commuter fees of MetroCards. Doing the math, I’m spending $132 a month on them,” Serrano said. “[That’s] $132 that I can use for food and books.”

While most commuter students wouldn’t mind having discounted or subsidized MetroCards whether from the school or from the city, Director of the NYU Rudin Center for Transportation Mitchell Moss is not in favor of the government accommodating student transportation.

He thinks that free and discounted MetroCards should be reserved for students enrolled in public and independent secondary school as well as for those 65 years and older. It is also available for the disabled.

“There are more than five million subway riders each day in NYC,” Moss said. “The subway fare in NYC is one of the best mass transit values in the United States.”

He said that no other subway system of this size in the United States operates 24 hours a day every single day of the year without charging for distance traveled. The $2.75 ride that over five million New Yorkers pay every single day greatly helps to boost the NYC economy.

“I see no reason why the municipal government should be responsible for the transportation costs of college students,” Moss said, “Providing free transportation for designated riders, who are neither needy nor deserving, would undermine the revenue base of the public transit system.”