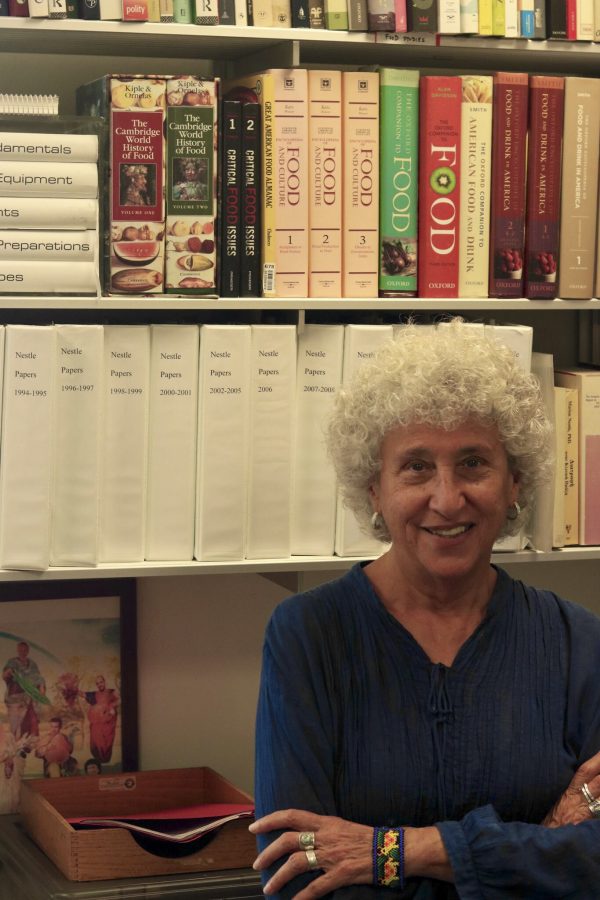 An editorial released last week reporting that the sugar industry paid researchers in the 1960s to skew research to show that sugar was not a major player in heart disease has challenged the general public’s understanding of food. This new report, published in the American Medical Association’s bi-weekly medical journal “JAMA Internal Medicine,” was supplemented by an editorial by NYU Professor of Nutrition and Food Studies,
Marion Nestle.

In 1967, a group of Harvard scientists published a research review in the “New England Journal of Medicine” denying sugar’s prominent role in causing coronary heart disease, instead pushing saturated fat to the forefront. For decades, this has influenced the conversation about
heart disease.

Nestle, has been influential in nutrition research and politics and has served as the chair of the Food Studies department in Steinhardt since its conception in 1996 (the first of its kind in the entire country).

In the editorial, Nestle began with the assertion that research sponsored by certain industries would almost always end up confirming the industries’ products benignity.

“The food companies want to do this research to prove that their products are healthy or benign and that research to the contrary is so flawed that you don’t need to pay attention to it. That’s marketing research, that’s not basic research,” Nestle said.

This isn’t a singular occurrence. In 2015, the New York Times broke a story on how Coca-Cola provided millions of dollars in funding to researchers who were trying to downplay the effects of sugary drinks on obesity. The story here is unsurprisingly similar.

“The documents talk about how the sugar industry deliberately corresponded with these researchers, sent them papers that they wanted dismissed and said ‘We’re very worried about these papers,’ and the authors wrote back and said, ‘Well don’t worry about it, we’ll take care of it.’ It just doesn’t look good,” Nestle said.

It doesn’t look good indeed. This link between the industry and the researchers is troubling, according to CAS freshman Matt Lim.

“I wouldn’t trust the 1967 review because, obviously, if the sugar industry is supporting it, I can’t help but think that something fishy is going on,” Lim said.

Small steps have been taken to eliminate conflicts of interests such as these, which serve to derail important nutritional research. Journals now largely require studies to disclose their funding.

There’s a better solution, and Nestle thinks that the food industry should have to do what the pharmaceutical industry is required to do under a sunshine clause in the Affordable Care Act: disclose how much they gave to different researchers.

“It might help open up the possibility of showing what has been shown for drugs, which is that the doctors that get the most money from drug companies write the most prescriptions from brand name drugs as opposed to generic drugs,” Nestle said.

CAS sophomore Wendy Mo agreed, and urged that something be done.

“If reports like this keep popping up in the news, keeping this topic in everyone’s minds, then the public is going to lose whatever trust they had in food and pharmaceutical studies,” Mo said.

A version of this article appeared in the Monday, Sept. 26 print edition. Email Kaitlyn Wang at [email protected]