Dollar Pizza That Gives Back 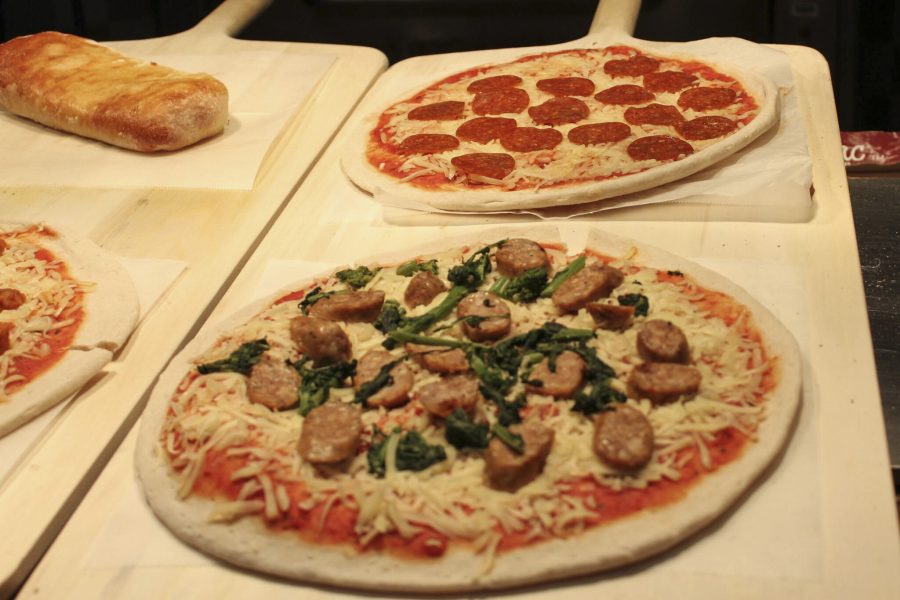 Slice Out Hunger, a nonprofit project raising money through pizza has 57 pizzerias throughout the city participating in this year’s event.

The collaboration of quality New York pizza and nonprofit work is made possible with Slice Out Hunger. It all started with Scott Wiener, who leads Scott’s Pizza Tours, taking visitors to famous pizzerias throughout the city’s outer boroughs. Wiener was offered free pies by several pizzerias for the celebration of the first anniversary of his pizza tour company, which led Wiener to wonder how he could give back to the community.

“Every time I’ve ever done anything I’ve tried to include a community aspect to it,” Wiener said. “The issue of hunger is extremely important because it is the root of so many problems we have in this country.”

When he founded Slice Out Hunger, Wiener envisioned a night where people could enjoy a slice of high quality pizza for only a dollar. This key event of the year is known as NYC’s Biggest Pizza Party. For every dollar spent, 50 cents go to Food Bank for New York City and the other 50 cents go to City Harvest. Wiener did not have high expectations for his very first pizza party, so he only invited friends to attend. But to his surprise, the party managed to raise $500. Last year, Wiener managed to raise over $40,000. His goal for this this year’s party is to raise $50,000.

57 pizzerias will be participating, including Arturo’s, Carmine’s Pizza Factory, Dough, Emmy Squared, Lombardi’s, Joe’s Pizza, Patsy’s, Speedy Romeo and NY Pizza Suprema. Joseph Riggio, Owner of NY Pizza Suprema and graduate of the CAS class of 1991, recognizes that hunger is a prevalent issue, which is why he is very hands-on when it comes to helping out with NYC’s Biggest Pizza Party.

“I have donated pizza every year that the event has taken place, and I am helping this year by donating 40 pies,” Riggio said. “No one should be hungry in our country, and we always need to be mindful of those that are less fortunate than us.”

Looking forward, Wiener wants to see if he could bring the party outside for a half-block street fair so that there’s more space for people. To extend the service beyond the pizza party, Slice Out Hunger teams up with food banks and food pantries within the city. They compile a volunteer list and then send those volunteers out to help the participating nonprofits.

Wiener’s future plans include expanding into other cities. He also wants to get Slice Out Hunger onto different college campuses. In the past he has successfully partnered with Cooper Union and Sarah Lawrence College to host $1 pizza parties.

This year’s pizza party will be held on Wednesday, Oct. 5 in Soho at The Lower Hall of Shrine Church of St. Anthony of Padua (155 Sullivan St). Doors will open at 6 p.m. and close when the pizza runs out. One-dollar tickets are available at the door, and VIP tickets that could get you and a friend to the front of the line are being sold for $100.

A version of this article appeared in the Monday, Sept. 26 print edition. Email Ashley Arnold at [email protected]