Club Sports For the Masses 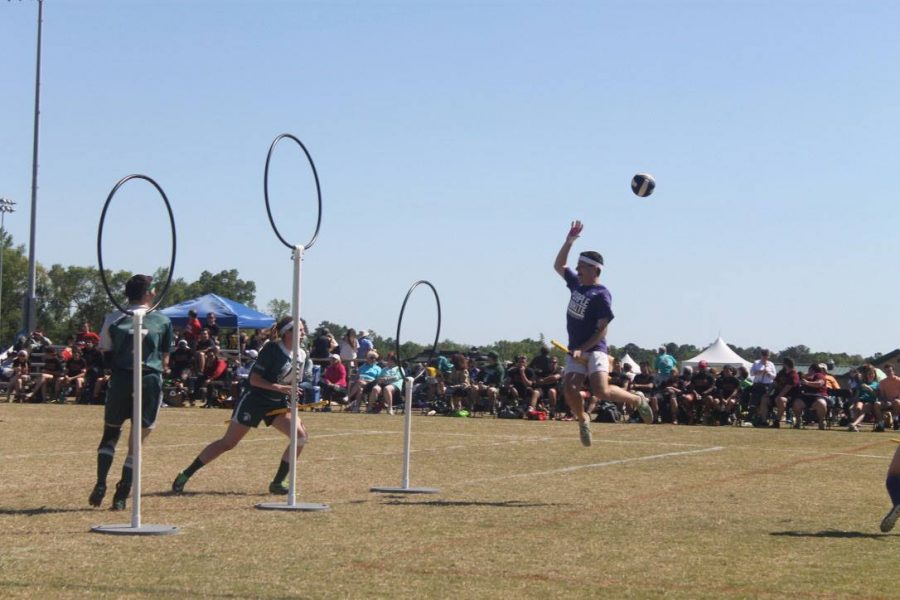 You may or may not know this already, but NYU is not exactly a hotbed of excitement about varsity sports. That being said, there is still a myriad of sports to explore, and as the school year starts, there are plenty of opportunities to not only watch, but join the club teams that NYU has to offer, teams that go far beyond their NCAA counterpart in terms of selection. Nearly every niche desire of yours can be fulfilled by NYU’s wonderful world of club sports. Here are a few highlights to get you started.

A Friday night staple at the Sky Rink at Chelsea Piers, the Violets’ on-ice contingent competes in the American Collegiate Hockey Association’s Division II. National Champions in 2015, the team is ripe with talent and are guided under the tutelage of their leader, head coach Chris Cosentino. After a dominant regular season, the Violets hopes to defend their title were put to an end after losing a must-win game in the round-robin at Nationals in March. And now, heading into the 2016-2017 season, the team will surely be hungry to show that 2015 was no fluke. The Violets will hold an alumni game on Oct. 7. Check back here at WSN for more details as the season begins.

Managed by the Stern School of Business and composed of a blend of undergrad and graduate students, the NYU Stern Rugby Club matches have a feel similar to hockey and a game similar to football, making it a wet dream for the wannabe state school kid among us. But seriously, if you’re looking for a frat without the confusing letters, look no further. The rugby club, practicing and playing at Randall’s Island, is all about friendship and fun. Whether you’re a seasoned veteran or a beginner looking for some friendly competition, this club is all that and more. For those interested in taking to the pitch or merely enjoying the spectator aspect of the sports alongside me, email [email protected]

The quirkiest of the three, NYU’s Quidditch Club is as full of whimsy and wonder as the book and film series from which the sport came to be. Traveling to around eight tournaments a year, the team is a talented bunch, having gone to Nationals each year since their 2010 beginning. Similar to the rugby squad, the team starts as a competitive athletic team, but ultimately is about the friendships fostered.

“The team partakes in many activities outside of practices and tournaments,” said club President Molly Potter (a name she assures us is real). “We get food together, go to NYU varsity sports events and various other events around campus. It helped me find my place at NYU, but doubles as a way to stay active and fuel my competitive spirit.”

Tryouts will be held on Sept. 10. Check out NYU Quidditch on Facebook for details.

For more information on these, more club sports or NYU athletics in general, check out their pages online or take the road less traveled and head over to Club Fest, to be held in Kimmel on Sept. 7.

A version of this article appeared in the Sunday, August 28 print edition. Email Rachel Ruecker at [email protected]