NYU Announces Who the New Provost Is Going to Be 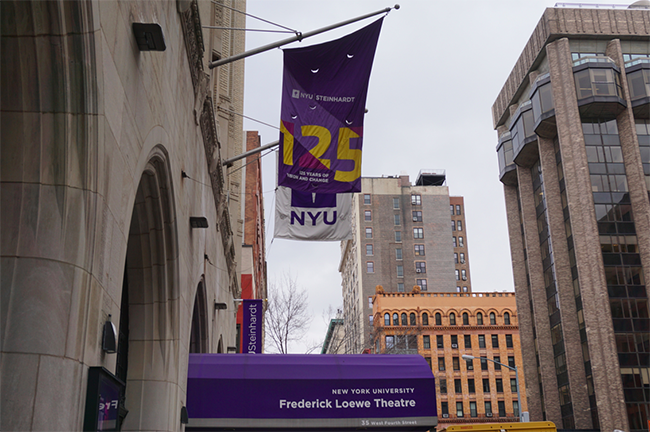 NYU has named Katherine Fleming as the new Provost after David McLaughlin stepped down.

After a five month search, President Hamilton announced on Monday that Katherine Fleming would be taking over duties as university provost. Fleming, a historian, is currently serving as the deputy provost of NYU.

The appointment comes after an exhaustive five month search process which began last October, when it was announced that current provost David McLaughlin would be stepping down from the post at the end of the academic year. A committee composed of faculty, as well as one student and one administrator reviewed more than 450 candidates before making its decision.

Fleming has a doctorate in history from the University of California, Berkeley, and created the Provost’s Global Research Initiatives Program in 2011 to support faculty and graduate research abroad as deputy provost.

President Hamilton said that Fleming’s work as deputy provost has helped NYU grow in prominence in the academic community.

“Katy has been integral to the university’s rise and I know she will be unrelenting in our quest to build one of the greatest research and teaching institutions in the world,” Hamilton said a press release. “Katy’s knowledge of the university, as well as a clear perspective on both our opportunities and our challenges, make her uniquely qualified to work with the faculty to maintain NYU’s remarkable trajectory.”

McLaughlin has served as provost since 2002, and plans to return to the Courant Institute of Mathematical Sciences, where he served prior to his time as provost. Fleming said she was honored to be named as McLaughlin’s successor.

“I’m especially looking forward to collaborating with my colleagues across the university to advance our academic mission,” Fleming said in the same press release. “This is an exciting but also challenging time to be at NYU. My hope is to help address the challenges and identify opportunities for growth.”