No Longer a Pop-up, The Boba Guys Serve Organic Bubble Tea in SoHo 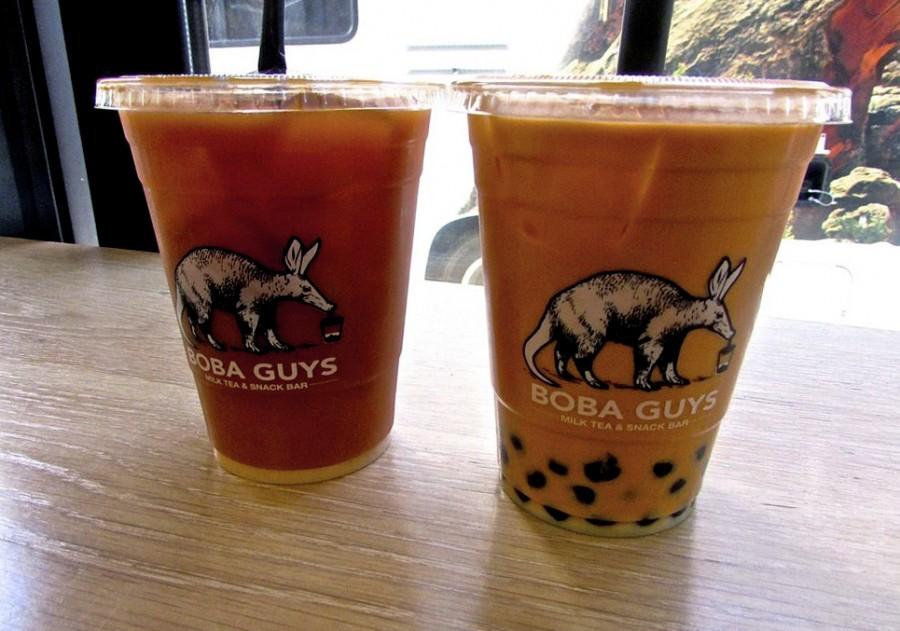 What sets Boba Guys apart from other boba tea shops is the higher standards to which they hold themselves. What makes them the best? They use no powders, their teas are loose-leaf and all of their syrups are homemade. Their milks are organic, and they offer almond or soy milk as substitutes. The grass and almond jellies are homemade, and they proudly serve Grade A tapioca balls.

Boba Guys also offers exciting flavors that make them unique to other boba tea places in the city such as Vivi’s or Kung Fu Tea. From Muscat Oolong to Golden Honey Black, everyone who goes can order something different.

In terms of taste, Boba Guys seems to have found the perfect level of sweetness and milk-to-tea ratio. While Vivi’s and Coco Fresh Tea & Juice can sometimes be overpoweringly sweet or milky, Boba Guys is powerful without being overwhelming. The flavor is milder than others — probably because they don’t use artificial powders — but still very potent. Their tapioca balls, which are slightly larger and chewier than Vivi’s and Coco, add to the delicious experience.

As far as prices go, Boba Guys’ tea does run a little bit higher than other places, but not more than expected for an organic and homemade product. For a classic milk tea with bubbles, they charge almost $5, while Vivi’s and Coco’s is closer to $4.

Lauren Bangug, a CAS junior who has been frequenting Boba Guys since their pop-up days, pointed out that the one drawback of Boba Guys is their distance from campus, which can be as much as a 30-minute walk.

“It’s quite the walk and certainly not a spot where NYU students could casually stop by in between classes,” Bangug said. “However, their devotion to high quality ingredients, from their tea to tapioca balls, makes them worth the walk.”