Basketball Has Mixed Results in Last Games at Coles 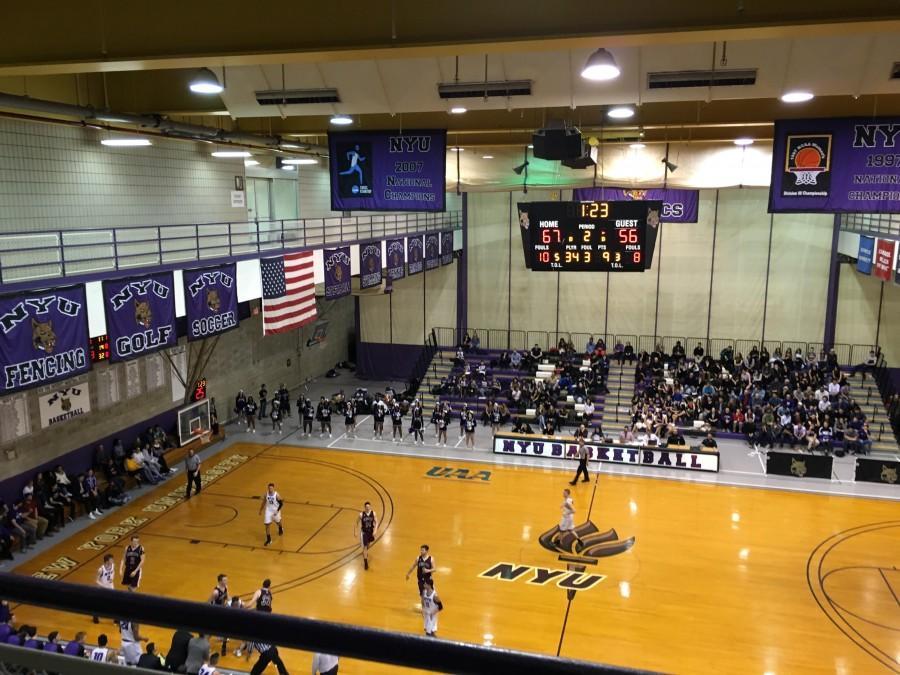 The men’s and women’s basketball teams played against University of Chicago and Washington University in St. Louis over the past weekend.

After endless months of delays and mystery, the curtain has finally closed on the Coles Sports and Recreation Center. Though there are legitimate worries surrounding the closing’s effect on university athletics, this weekend was a time to reflect on a building with an abundance of history, for better or for worse.

The men’s and women’s basketball teams bid farewell to their Mercer Street home with one final slate of games against the University of Chicago and Washington University in St. Louis. Unfortunately, the results were mixed at a crucial time in the season.

Both teams got off to a hot start, as the men were able to rally from an early deficit to defeat UChicago on Friday 72-59. Senior forward Patrick Burns scored 19 points for the Violets in addition to grabbing 12 rebounds, four blocks and two steals. At the start of the first half, the men fell behind, but quickly bounced back before halftime, storming ahead to a 30-26 lead in the final
10 minutes.

UChicago stepped it up in the second, but so too did the Violets. Sophomore guard Ross Udine and senior captain Evan Kupferberg were key in clinching the game. A pair of free throws by Udine with 1:04 remaining in the game put the game on ice, and Kupferberg managed to steal the ball and finish with a rim-rattling dunk with 41 seconds left. Senior center Costis Gontikas, who was honored prior to game for scoring his 1,000th point, finished with seven points and six rebounds. Senior Max Ralby was also a factor, adding nine points and dishing out four assists.

The men had the uneasy honor of playing the final game at Coles — a mixture of joy and retrospection as graduating senior players were honored on Sunday. The Violets played a spirited game, but lost by just one point. The Violets had the lead in after the first half 35-27, but ultimately the Bears jumped ahead and played well the rest of the way. NYU tied it 66-66 with 2:34 left on the clock, but Washington scored the next four points and was able to play the foul game to the final horn.

The women’s team continued its recent stretch of tough losses this weekend, first falling to UChicago. Junior guard Kaitlyn Read saved the Violets from falling back early when she scored 11 of the Violets’ points in a 15-5 run to end the first quarter. Sophomore guard Drew Cabral and junior forward Megan Dawe cut the Violets’ deficit to one at the half. NYU continued a nice offensive run to start the third quarter, and the game was up for grabs going into the fourth. But in the final quarter, the Violets were outscored by the Maroons 27-19, solidifying their defeat and rendering their comeback efforts useless.

Just like the men, Washington proved to be a tough team for the women, unfortunately overshadowing the four senior players honored on Sunday. The Violets were steadily outscored in the first and second quarters, creating a sizable 14-point deficit going into the locker room that they would never recover from. The Violets had a brief comeback in the third with a 9-3 run, but Washington quelled any further efforts, playing even with the Violets in the second half to cruise to a win. Even in defeat, players like Read took a step back to admire the seniors and their efforts.

“These past few games have been really tough, but tonight, even with the loss, we all played as a team and did our absolute best to honor our seniors,” Read said. “They’ve truly transformed this program, and we wouldn’t be here without them.”

With attention shifting to postseason play, both teams will look to impress the NCAA selection committee on Saturday Feb. 27 against
Brandeis University.

A version of this article appeared in the Feb. 22 print edition. Email Ashley Arnold at [email protected]