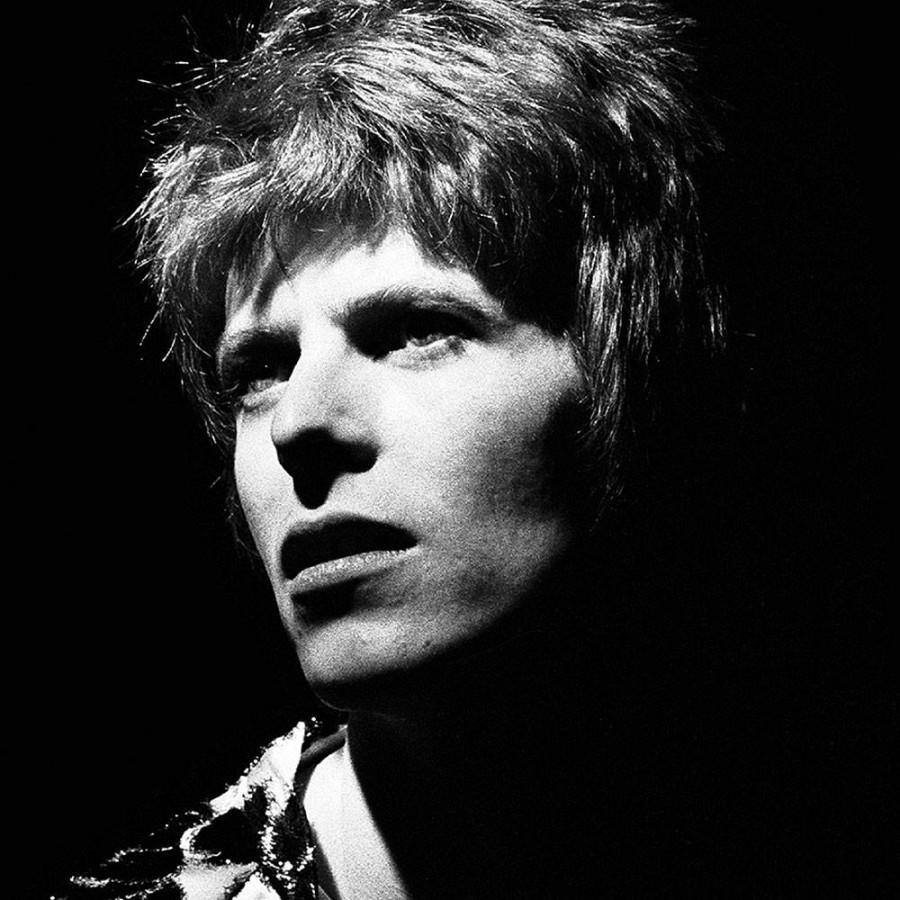 Bowie was always preoccupied with outer space, from the astronaut Major Tom in “Space Oddity” to his androgynous alien Ziggy Stardust. In “Life on Mars?” he describes a girl whose thoughts drift to the stars as she watches a boring, familiar film. This, combined with the beautiful piano melody and layered string arrangements, makes for a majestic, profound statement about the desire to escape from the monotony of everyday life. Plus the song features the hilarious, cutting lyrics: “It’s on America’s tortured brow / That Mickey Mouse has grown up a cow.” “Life on Mars?” is one of the man’s many masterpieces and the song I’ve kept returning to since his passing.

I love David Bowie’s “Changes” for a number of reasons, including the subject matter, the upbeat pop melody and the incredibly catchy beat. The themes of constant personal and societal change send a powerful message. Especially considering the social climate of the 1970s, the song stands as an altruistic anthem. This song is still extremely relevant today, given that the theme of embracing change despite a resisting force is such a universal concept. The duality between the verse and chorus is beautiful, because the verse is in the style of a ballad, posing the problem, while the chorus offers a solution with a comfortingly bubbly pop melody.

Don’t lie, you can’t resist the urge to dance a little when it comes on, and probably risk making a fool of yourself. It has a dope music video that has rudimentary edits of David Bowie’s face in the sky, sort of like a Mufasa David Bowie singing down to the Simba characters that the video features. And finally — my personal favorite part — it has one of the best vocal runs in any Bowie song: “Under the moonlight / this serious moonlight.” As opposed to the joking moonlight? Eh, either way. I love it.

David Bowie’s sinister role as Jareth the Goblin King in “Labyrinth” offered the singer one of the best songs of his career. “Magic Dance” is a whimsical song about the Goblin King’s successful kidnapping of Toby, the baby brother of Sarah (Jennifer Connelly). Accompanied by goblin muppets, Bowie leaps, sings and dances around in his cave, a picture of lithe macabre amongst the fumbling cloth goblins. “Magic Dance” combines the fairytale and the fearsome with fun—no other song about a baby’s kidnapping could be quite so joyous. This song was my somewhat terrifying introduction to David Bowie, but his talent in “Magic Dance” has kept me a captivated observer of his music. In a multi-layered wig, a blousy shirt and high-waisted trousers, it might be best to remember Bowie doing what he did best: transforming.

A quarter of the way into “The Rise and Fall of Ziggy Stardust and the Spiders from Mars,” David Bowie belts out, “I’m an alligator, I’m a mama-papa coming for you.” It’s that kind of smack in the mouth declaration, from the song “Moonage Daydream,” that made Bowie, Bowie. It’s an assertion of extra terrestrial aggression bundled up in a power rock song. It goes up and down, features Bowie’s soaring vocals intertwine with a belligerent guitar riff and ends up spiraling off into unexpected quiet. “Daydream” will never get old, and neither will Bowie. Rest in peace, space invader.