NHL update at the quarter mark 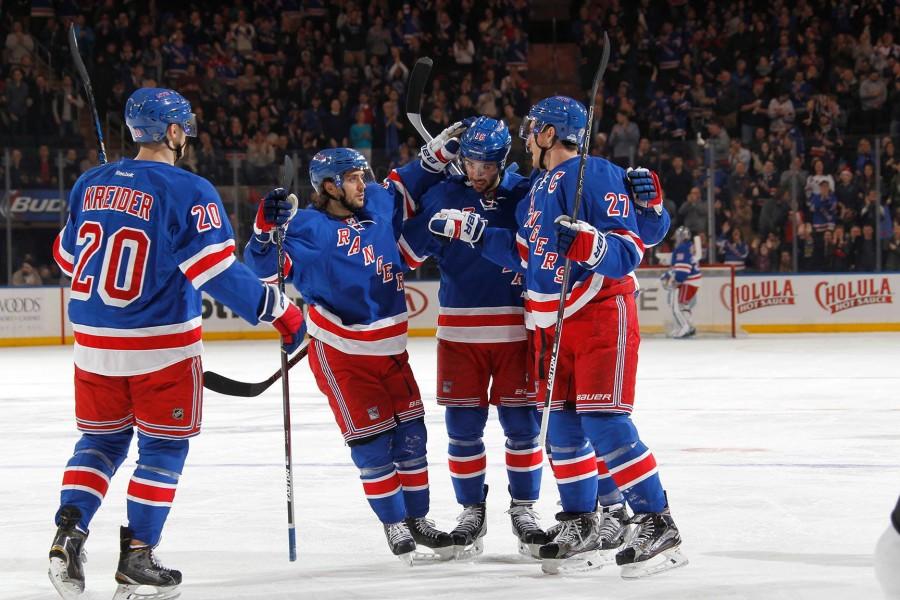 With teams just past the quarter mark in the 82 game season, and early storylines either being played out or developing further, it’s time to check back in on preseason predictions and newly emerging contenders in the 2015 NHL season.

In the Atlantic Division, Montreal is atop the standings with 41 points after a phenomenal start to the season that saw the Habs win their first nine before falling to the Canucks in Vancouver on Oct. 27.  Even with star goalie and league MVP Carey Price bobbing in and out of the lineup due to injury, the rest of the team has stepped up, with backup goalie Mike Condon posting a 7-2-2- record. Once Price is good to go, this team will have a one-two goalie punch that could propel them deep into the playoffs. Canadian counterpart and chronic disappointment Toronto is at the bottom of the division, with only Columbus and Calgary beneath them in overall league standings. Worth noting is how fantastically mediocre Tampa has been following a season where they almost claimed the Stanley Cup. But without a strong core to support star forward Steven Stamkos, the future success of the Lightning will have to be shelved.

The Rangers are currently leading the Metropolitan Division with 39 points, and perennial head coach Alain Vigneault — always the bridesmaid in the Eastern Conference, yet never the bride —  is hungry to have his name engraved on Lord Stanley’s mug. The Rangers are in good standing moving toward the halfway mark, but they haven’t stood out in the way other more compelling contenders have. They’ve won enough games to be on top, but it’s important to question the longevity of their early success. Should they make the postseason, they’ll see much stiffer competition, and for now, they haven’t shown that they can deal with that.

Over in the West the Central Division are the league leading Dallas Stars with 42 points and a stellar 20-5-2 record. The leading duo of last season’s scoring champ Jamie Benn and Tyler Seguin are going for broke as they skate their way to the top. Benn and Seguin are second and third, respectively, to only Patrick Kane in overall points. Dallas may just have it in them to unseat the Hawks, who currently sit fourth in the Division. But the postseason is an entirely different animal, and the Hawks have proven time and time again that they are the ultimate ‘big boys’ that 29 other teams must rise up to.

While Chicago may not be on top of the regular season, Patrick Kane has certainly proved to be past his off-ice struggles. Kane unseated all-time great Bobby Hull for the longest point streak in Hawks franchise history and is showing no signs of slowing down. His continued elite performance paired with the Blackhawks core — which remains strong and has only gotten stronger with rookie standout Artemi Panarin — serves to show that the reigning champs are not ready to give up the Cup just yet.

The usually-competitive Pacific Division has seen a bit of a dropoff to this point in the season. The LA Kings are back in the playoff hunt but have only mustered a mere 33 points. Vancouver is 23rd in the league and just five points ahead of lowly Edmonton, who lost rookie phenom Connor McDavid to a broken collarbone just 13 games into the season. McDavid was playing at a high enough level to earn him Rookie of the Year honors before going down. Calgary has fallen off completely since last year, proving that they still have their fair share of rebuilding to do and that last season’s postseason bid was a bit of an anomaly.

Though it seems like the season has just begun, with the holidays around the corner the race is on to get crucial points to solidify a postseason berth come April. And when that splendid time comes around, I think the teams that’ll go the distance are the Canadiens, Stars and, of course, the Hawks. Time will certainly tell, but these early positions could be telling of who’ll be the last team standing.