International holiday desserts to try in the city 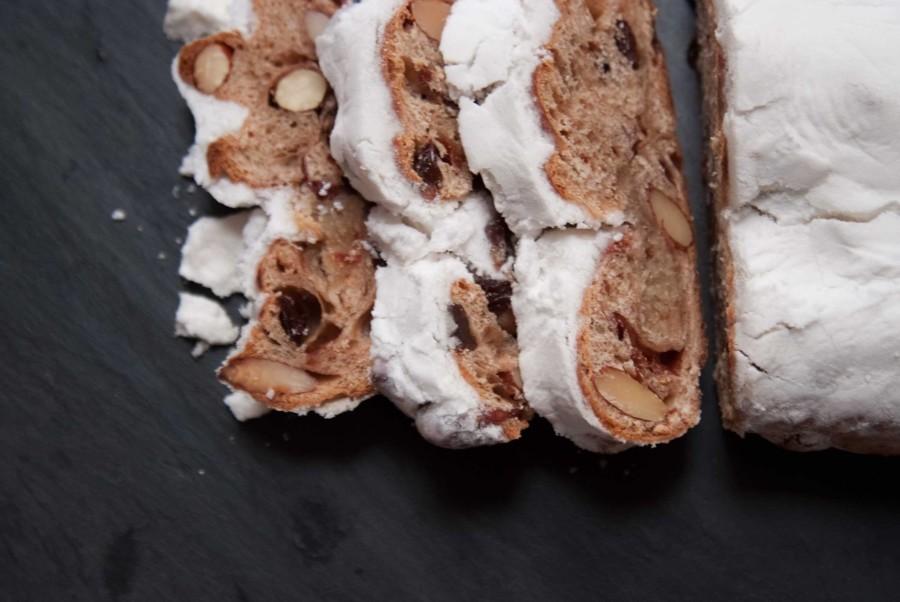 Holiday traditions vary throughout the world, but almost every culture celebrates with a signature dessert. Here are three different holiday sweets from other countries and where to find them in New York City.

American ovens might be busy baking dozens of cookies during the holiday season, but in Germany the most popular Christmas treat is stollen. A sweetened bread filled with almond paste and dried fruit covered in sugar, stollen is packed with some serious flavor. Earlier this week, bakers in Dresden, Germany collaborated to bake a 12-foot-long version of the traditional sweet.

Luckily, the stollen made by Harlem’s Hot Bread Kitchen is a more manageable size at just 12 ounces. You can find it in the bakery section of Whole Foods locations throughout the city, or at the company’s stall in the Union Square Greenmarket.

If you’re holiday shopping in Brooklyn, stop by Bien Cuit (120 Smith St.) to sample their version of stollen. Made with currants, cherries, and almond cream, this loaf is a little less sweet but still filled with holiday flavor.

While Hanukkah isn’t the most important holiday on the Jewish calendar, its proximity to Christmas has helped this festival of lights gain popularity. The holiday celebrates the victory of Jewish rebels over the Syrian king Antiochus. When the rebels reclaimed the Holy Temple in Jerusalem, they found only enough blessed oil to keep the lamps lit for one night. Miraculously, the oil lasted eight nights, so Jews eat foods fried in oil during the eight nights of Hanukkah.

Even if you’re not ready to splatter your dorm kitchen with hot oil, you can still get in on the Hanukkah spirit. In Israel, the most popular fried treat is sufganiyot, a doughnut filled with jam or cream and covered in powdered sugar.

If you’re looking for a new spin on sufganiyot, Doughnut Plant (379 Grand St.) has you covered. The trendy shop make a version of its smaller doughnuts, called “doughseeds,” just for Hanukkah. Filled with house-made blackberry jam, you can get your sufganiyot with vanilla, peanut butter or marzipan glaze.

In Italy, packages of the popular Christmas cake panettone can be found stacked to the ceiling in every grocery store and corner shop. The northern Italian city of Milan claims to be the dessert’s original home, but it’s a common holiday tradition all around Italy and even in neighboring Switzerland and France.

To get your panettone fix in New York, head to the old-school Italian bakery Pasticerra Rocco (243 Bleecker St.) The shop claims to make its cake, studded with raisins and candied orange peel, with a 100-year old recipe brought over directly from Milan.

If you’re distressed by the lack of chocolate in the treats discussed so far, Sullivan Street Bakery (236 9th Ave.) has a panettone for you. Made with dark Valrhona chocolate and dried cherries, this version of the classic cake would also make fantastic French toast on Christmas morning.