Nothing is fine in ‘Every Thing Will Be Fine’ 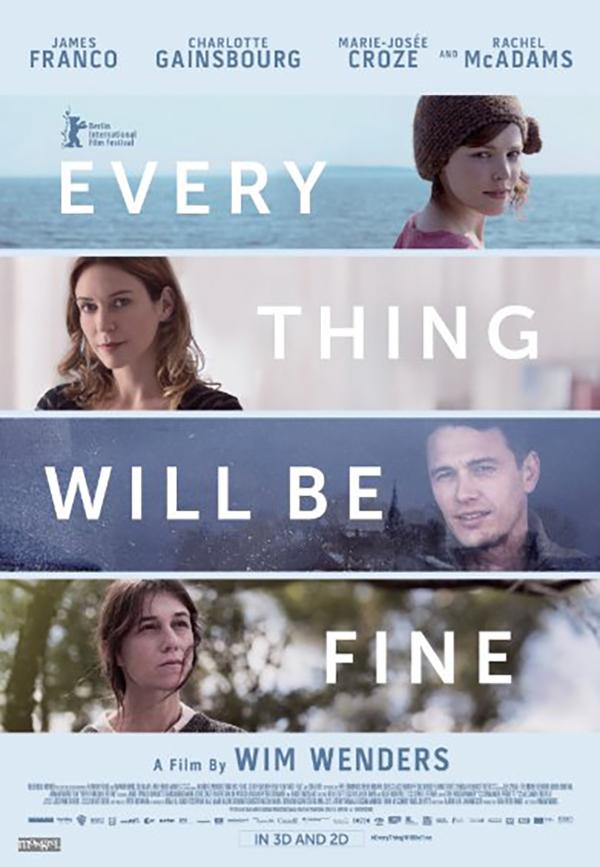 “Everything Will Be Fine” is a German Drama starring James Franco which is set to release in theaters in the United States on December 4, 2015.

Despite its star-studded cast, German filmmaker Wim Wenders’ new film “Every Thing Will Be Fine” falls totally flat, despite the 3D. James Franco stars as Tomas, who causes a car crash that kills one of the children of Kate (Charlotte Gainsbourg). In the wake of the accident, Tomas, who is an author, attempts suicide and moves back in with his estranged wife, played by Rachel McAdams.

Years pass in patterns of twos and fours, and we are periodically updated with the lives of these frankly uninteresting characters. Tomas, once again a successful author, begins a relationship with a woman who has a daughter of her own. Scenes that are intended to be emotionally climactic make little sense to the viewer as we watch the characters move through their lackluster lives.

Eventually, Kate’s son Christopher and Tomas meet again at Christopher’s request. While one might think that this would be a satisfactory, cumulating scene, don’t be fooled — it is not.  There is no emotional or thematic significance. Bjorn Olaf Johannessen’s screenplay is generally unsuccessful — the dialogue and storyline are extremely poor and predictable.

The cast’s performances are generally mediocre, save for a few entertaining French-Canadian accents. To Wenders, the film’s plot seems irrelevant compared to fulfilling his fantasy of a 3D drama. However, the 3D component is completely unnecessary to enhancing the poorly crafted thematic elements. Benoît Debie’s cinematography is undoubtedly visually stunning, but it does little to redeem this desperate film.

Unsurprisingly, Alexandre Desplat’s score is one of the saving graces of the film. The beautiful yet dramatic orchestration serves as an intriguing emotional motif. It fits in well with the tone of Wender’s direction. Desplat fans will find “Every Thing Will Be Fine” to be an excellent backdrop for a restful nap.

“Every Thing Will Be Fine” opens in theaters on Dec. 4.