Runners tune up before NCAAs 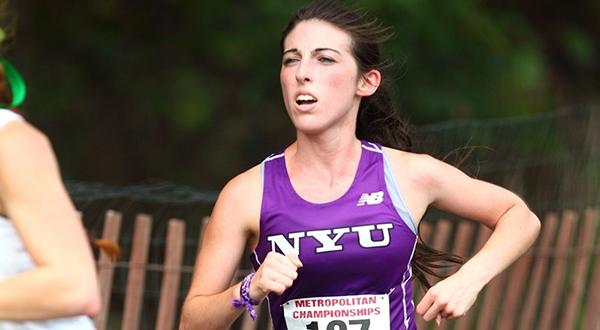 Championship season for the NYU cross country teams kicked off on Saturday, as both the men’s and the women’s team travelled to Williamstown, Massachusetts to compete in the Eastern College Athletic
Conference Championships.

The men’s team finished in sixth place out of a 40-team field, even though the team rested their top runners to prepare them for the NCAA regional championships next weekend. There were 277 runners who participated over the 8k course, leading to the Violets earning 155 points total. The spotlight was on junior Zach Karas, who was the fourth place runner overall with a time of 26:43.66. Sophomore Sam Praveen, who finished 19th, said he was impressed with the way the team performed without its top
few runners.

“We had a lot of guys who usually don’t get to score points get the chance to step up and show what they’ve got against some of the best teams in the country,” Praveen said. “Zach Karas, who has been hurt for most of the season, stepped up big time to lead the squad of guys racing.”

Karas was battling back from a stress fracture that kept him out of competition all summer and for the majority of this fall. Sophomore Isaac Cohen, who landed in 38th place, was pleasantly surprised with Karas’ ability to bounce back from his injury.

“Zach Karas deserves a lot of recognition for his performance this weekend,” Cohen said. “His fitness level coming off of his injury is just incredible.”

Senior Eddie Cruz finished in 53rd place, but despite that he was happy to wrap up his cross-country career with the team.

“It was a solid performance all around, and I am really proud of the team’s depth and efforts this season,” Cruz said. “As a senior, it was my last cross country race as a Violet and I’m grateful I could finish it off with this squad.”

The women’s team also managed to redeem themselves from last weekend’s struggle. They managed to land fifth place in a 46-team, 311-runner race. Sophomore Emily Dethlefs provided NYU with another top-25 finish in 21st place. Senior captain Sarah Sisk finished closely behind her at 26th place.

Fellow senior Captain Lily Corsaro was the fastest Violet runner, taking eighth place with a time of 23:25.57. Corsaro is determined the team will continue to improve.

“We took this meet as a step to prepare for regionals this upcoming week,” Corsaro said. “We ran it as a workout to get ready for the tough competition we will face at the regional meet in Geneseo.”

Both the men’s and women’s teams will have to bring their A-game next weekend, as the competition will be even stiffer in NCAA regionals. They’ll travel to Geneseo, New York where they hope to have their best performances to date.

A version of this article appeared in the Nov. 9 print edition. Email Ashley Arnold at [email protected]