Questions bubble up in ‘Soda Politics’ 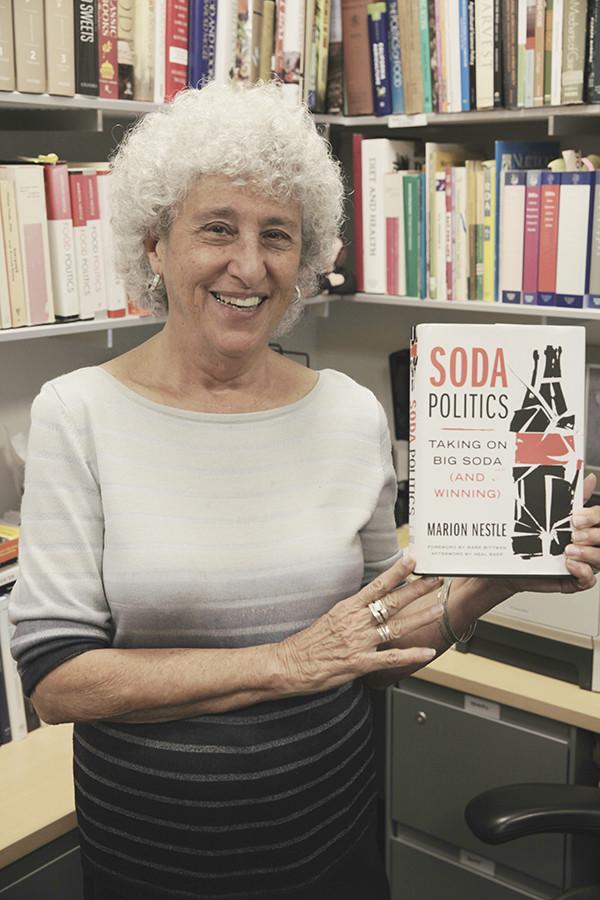 You might want to put down your drink while reading “Soda Politics: Taking on Big Soda (and Winning)” by Marion Nestle, a Food Studies professor in the Steinhardt School of Culture, Education and Human Development.

Published on Thursday, “Soda Politics” is the first book to focus on the history, politics and health impacts of soda. It tells the story of how we created our current food system, what its problems are and what we can do to change things.

“I want everyone who reads the book to turn into a food advocate and start advocating for a healthier and more sustainable food system,” Nestle said. “Soda sales have been falling for about 10 years, even though the giant corporations spent billions of dollars marketing it.”

In the book, Nestle recounts soda companies’ extensive marketing and political efforts to convince people to drink their products.

“The soda industry has followed the tobacco industry’s playbook,” Nestle said. “First, you discredit the science; then you work behind the scene to make sure that government doesn’t do anything. You fund community organizations so they won’t criticize you. And you deflect attentions from the damage that soda is doing by talking about physical activity and hydration.”

During her research, Nestle found that the biggest consumers of sodas are young black and Hispanic men between the ages of 18 and 30. They also tend to live in low-income neighborhoods.

“These are target markets of much soda advertising,” Nestle said. “For example, the soda companies use sports figures, often minorities sports figures, to advertise their products and attract those people from minority groups.”

Though Nestle didn’t start writing “Soda Politics” until three years ago, she’s been monitoring the problem of soda consumption since the early 1990s. After attending a conference about cigarettes and diet, she was shocked by how cigarette industry marketed to children. Nestle then wanted to know what similar research about the soda industry would reveal.

Nestle argues that soda introduces too much sugar into a person’s metabolism at one time. Since the sugar in soda is already dissolved, your body processes it even faster than sugars in solid foods.

“The message is not to stop drinking soda altogether, the message is drinking much less if you drink them a lot,” Nestle said. “Because the amount of sugar in sodas is enormous and most people don’t realize how much sugar there is.”

A version of this story appeared in the Oct. 19 print edition.