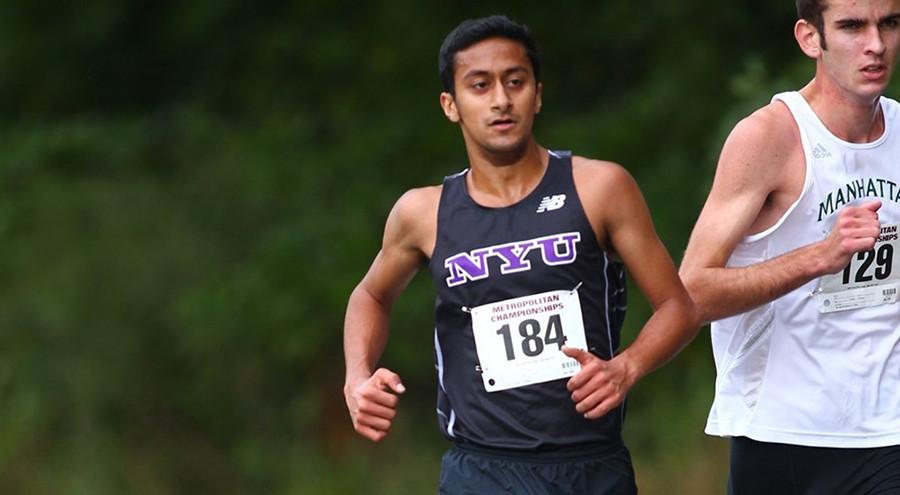 The NYU men’s and women’s cross country teams kicked off the 2015 season this weekend at the Saratoga Invitational, hosted by Rensselear Polytechnic Institute in Saratoga Springs, New York. With a total of 302 runners on 21 teams, the NYU men’s team finished second with 47 points to St. Lawrence University. Sophomore Karn Setya was NYU’s best runner, managing to finish fourth with a time of 19:14.8 on the 6K course. Freshman Matt Osbuor debuted and managed to place eighth with a time of 19:23.5.

“I’m pretty stoked right now because I was eighth in overall and second for the team,” Osbuor said. “Our number one runner was fourth overall and our third runner was right behind me. I was the only freshman in top ten and I’m just really excited.”

In the women’s competition, NYU placed in seventh with an overall score of 205 points in the 21-team 5K race. First place, again, went to St. Lawrence University with 54 points. Lily Corsaro, senior captain of the squad, was the first finisher for the Violets. She placed 26th with a time of 18:54.1. Junior Justine Morris took 28th place with a time of 18:55.4.

Freshman Stephanie Brooks, in her first competition for the squad, was encouraged by the way both teams performed, noting how well the men did.

“The boys team did really great,” Brooks said. “The girls team finished 7th overall and didn’t have any placing finishers. But, it’s an opportunity for us to build on this season.”

The Violets will head to the Monmouth University Invitational in Holmdel, New Jersey, on Sept. 19.

A version of this article appeared in the Sept. 14 print edition. Email Ashley Arnold at [email protected]