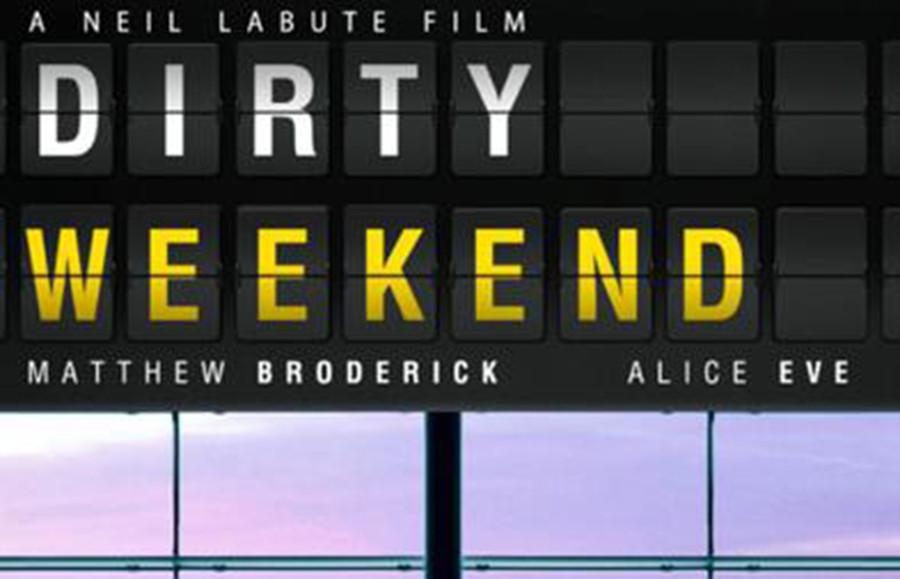 There may have been a time when the eventual punch line of “Dirty Weekend” would have been perceived as envelope-pushing or raunchy, but today, Neil Labute’s film is a letdown. It neither reveals anything particularly dirty nor does it take place over a full weekend, and its plotline is essentially one joke stretched to fit 90 minutes. “Dirty Weekend” is a tame joke that thinks it is much more risqué and progressive than it is.

Les (Matthew Broderick) and Natalie (Alice Eve) are corporate colleagues delayed in Albuquerque, N.M. for an extended layover on their way to meet a client. Les uses this delay as an opportunity to find a stranger he met from a drunken sexual encounter in the same city a few months prior. The only clue he has is a ripped-off piece of paper with the handwritten word “Apollo” on it. This information takes about half of the film to be uncovered by Natalie, which does make for an initially intriguing point of plot development, but soon becomes annoying as Les consistently acts secretively and divulges information.

The film becomes an exercise in how long the plot twist can be delayed. This is not an inherently bad concept, but the plot becomes slow-paced, with a heavy focus on dialogue between two characters. The script could use more remarkable and sharper writing, but instead their banter is serviceable and largely devoid of comedy. The bulk of the humor comes from the taxi driver that the pair gets again and again no matter where they are. His carefree attitude and simple earnestness makes for an interesting contrast with Les.  Broderick’s character is inexplicably rude to all minor characters in the film up to that point, creating a situation where it is not clear if he is making fun of them or is simply emotionally ignorant.

Luckily, the saving grace of the film is Broderick and Eve. They do their very best with mediocre material and create real characters with an offbeat chemistry that makes the plot almost compelling. The impressively subtle performances by the leads is dragged down by the predictable plot structure and uninteresting dialogue.

The twist at the ending is ultimately a disappointment, unable to say anything truly meaningful about sexual identity In a climate where films like “The Overnight” are showcasing nuanced portrayals of masculine identity, “Dirty Weekend” feels almost banal by comparison. The film is a dull offering that leaves much to be desired.

“Dirty Weekend” premiered at the Tribeca Film Festival on April 19 and is now playing in theaters nationwide.