Where to masticate before you graduate 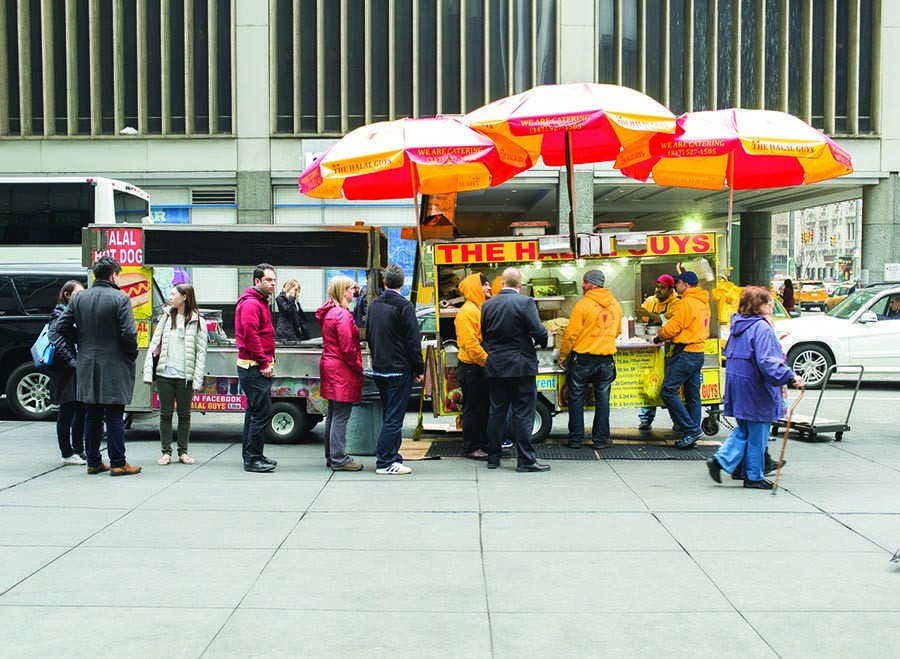 If you’re a senior at NYU, less than 16 percent of the restaurants you ate at your freshman year still exist. For those exotic SoHo canteens, or those whimsical West Village hasheries your freshman-self adored so much, there was a fork in the road according to Business Insider: be the 20 percent of Village restaurants that succeed, making an average of $31 billion in annual sales, or be the 80 percent that fail within the first months. This means that while you were tucked away in your cozy freshman dorm writing the essay and scrolling through Seamless for late-night delights, Greenwich Village restaurants were almost literally cutting one another’s throats—trying to squeeze themselves into being that 20 percent.

So which classic foods do you need to stuff your gut with right now, before you graduate, to brand yourself a real New Yorker? Let’s take a look.

Buvette gastrothéque
(42 Grove St., West Village)
Buvette has two locations, one in Paris, and one in West Village. This means that the management at this sincére French bistro couldn’t be more apt to practicing the habits of authentic French debauchery. They’ve partnered with Hudson Valley Fois Gras, La Colombe Coffee, Saxelby Cheese and even Maine Sea Salt to supply itself with the ingredients for prime Paris sophistication. Plus it’s on Grove Street, right near where Monica, Chandler, Joey, Rachel and Ugly Naked Guy made their homestead on Grove and Jane streets.

Delmonico’s Bar & Grill
(56 Beaver St., South William)
Delmonico’s has proudly proclaimed itself, “America’s First Restaurant,” and its reputation is just about as bold as that statement: it supplements its authority by taking credit for inventing chicken a la Keene, baked Alaska and eggs benedict and obviously the Delmonico steak. Proud and loud Italian families have owned this establishment since its opening in 1837, and are still carrying hefty American favorites that no New Yorker should pass by.

(205 E. Houston St., corner of Ludlow)
Katz’s opened on this very corner in 1888 and its pastrami is a prized possession in New York. Here are some tips for navigating this always-bustling chophouse: once you’re in line, pull out some cash and remember to tip the meat slicer (he’ll probably give you a few extra slices), and don’t let your ticket fall out of your sweaty palms amid the dining room of pastrami-stuffed patrons. No New Yorker can claim this city’s attitude throne unless they’ve pushed their way through this experience.

The Odeon
(145 W. Broadway, TriBeCa)
Big hair, leather, pop art, the ’80s. Warhol, Basquiat, and the like all found a haven in this TriBeCa eatery. And today, it’s about the only Parisian brasserie in New York City. It’s been serving for over three decades, and is unarguably a New Yorker’s must-try.