Staff Recommendations: Albums to study to 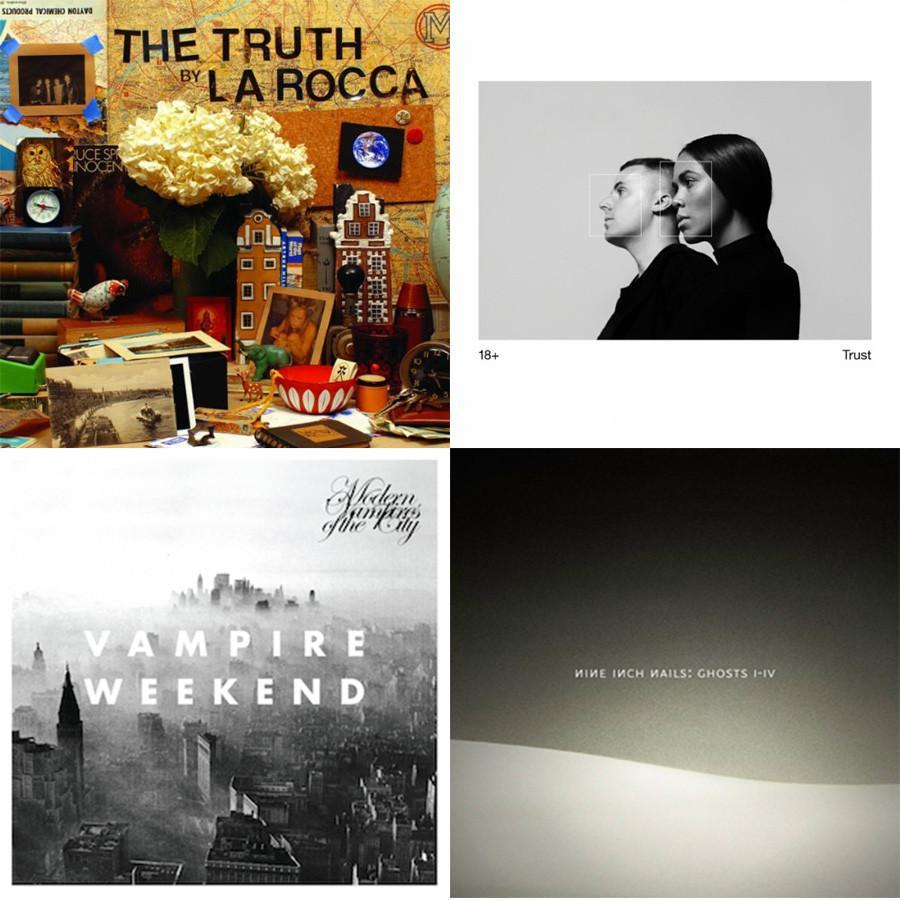 Finals can be a tremendously stressful period of time for students. With this chaotic time period approaching, the WSN staff recommends albums to listen to while studying for finals.

Vampire Weekend’s “Modern Vampires of the City” will remind you why you initially applied to NYU. It is during this stressful time that the sidewalks seem to be too crowded, the subway tracks seem to run too slowly and the city seems generally vindictive — but do not let the anxiety of final exams mar your mood. “Modern Vampires of the City” steps back, providing a glittering panorama of the city that peers from Bobst Library’s windows. Though songs like “Hudson” and “Obvious Bicycle” provide unique snapshots of the city, the star of the album is “Step.” The song’s Pachelbel-inspired chords and hopeful melody are a perfect remedy to stress, and its accompanying video is simply gorgeous in its depiction of New York City. “Modern Vampires of the City” is a reminder that there is an amazing world outside of exams and you live in it. – Audrey Deng, Entertainment Editor

A sensual slap-in-the-face from a duo to watch, “Trust” by 18+ is charged with filthy lyrics and chugging, minimalistic beats. Think of The xx if they had a more brazen, harsh musicality and weirder subject matter to whisper into your earbuds. Despite its relaxing and lo-fi nature, this album is perfect for late-night study sessions. One listen puts you in a trance that you will undoubtedly want to be in if you are typing away on a paper at 2 a.m. With songs like the ethereally energetic “Forgiven” and the delightfully sexy “Midnight Lucy,” it is impossible to not stay up and listen, pushed forward by the album’s hypnotic eroticism. “Trust” works better than any espresso shot — let yourself get seduced by 18+ and you will soon find your paper finished and your mind a bit more relaxed, if not slightly in the gutter. – E.R. Pulgar, Music Editor

The debut full-length from the indie rockers La Rocca is a timeless, 11-track album that is impeccable to listen to while studying. “The Truth” holds enough youthful energy to keep you awake while studying, and also is calming enough — much accredited to the album’s introspective, hopeful lyricism — to keep you relaxed in the middle of the finals stress. Through songs such as “Non-Believer” and “Goodnight,” La Rocca defines its unique alt-rock sound, setting itself apart from the various other rock bands who could subsequently fall under similar genres, including U2, Coldplay and Keane. “The Truth” is crafted as an energetic, driving album that is strongly enhanced by Bjorn Baillie’s raspy vocals and Nick Haworth’s intricate piano work. Ultimately, “The Truth” is an easy listen that will provide calmness amid the chaotic time of finals. – Alexa Spieler, Arts Editor

For those who enjoy getting out of their dorm room for studying yet find cafes noisy and distracting, it is always nice to find good music that helps one focus. If the song is too familiar or if it has words to it, that is no use, so recently I have been on the hunt for good instrumental music to work with. I have been listening to Nine Inch Nails’ “Ghosts I-IV,” and it has helped me be super productive. It is hard to say which genre Nine Inch Nails’ music is — it kind of hits all of them at once. Described by Nine Inch Nails’ frontman Trent Reznor as “a soundtrack for daydreams,” the album is dark industrial rock that is interesting and edgy enough to be good background music. If any of your classes cover national security, the album can even tie into your studies — a track from this album appeared over the credits of the Oscar-winning “Citizenfour.” – Tommy Collison, Deputy Opinion Editor

A version of this article appeared in the Wednesday, April 29 print edition.