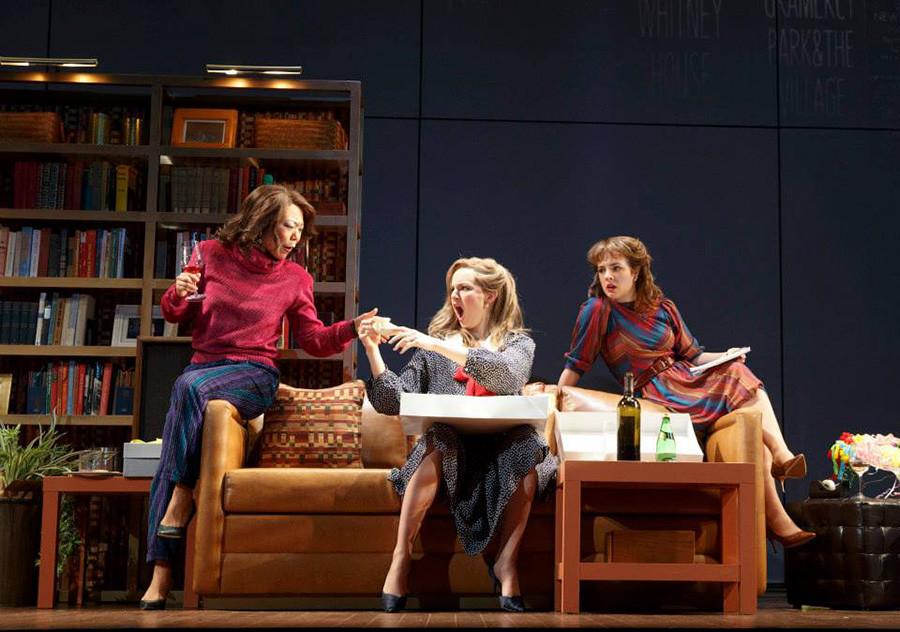 Wendy Wasserstein’s Pulitzer Prize-winning “The Heidi Chronicles” follows soul-searching Heidi through her early to mid-adult years in the 1960s to 1980s, questioning feminism throughout each decade. Though it has been a Broadway staple since 1989, the current revival is particularly intriguing since it encapsulates each bygone era with nostalgia, so that the
decade — and respective social climate — are just as important to the play as the story itself.

The play focuses on feminist art historian Heidi Holland (Elizabeth Moss), her best friend Peter Patrone (Bryce Pinkham) and her tumultuous ex Scoop Rosenbaum (Jason Biggs), following Heidi’s changing relationship with  Peter and Scoop as well as her understanding of herself. Heidi acts as a vehicle to show women’s evolving role in society. Moss plays the role with an endearing dose of naivete, which embellishes Heidi’s delicacy and frustration with the pressures of being a woman in the ’80s. One scene that stands out is when Heidi delivers an impromptu speech for the Women, Where Are We Going? luncheon. She delivers an emotionally-wrenching monologue about expected societal pressures put on women and the stress that follows, ultimately admitting that she is unhappy.

The chemistry between Moss and her co-stars is phenomenal. In particular, Bryce Pinkham portrays a loving, genuine and gritty friendship between himself and Heidi as the two discover themselves. Pinkham excels in his delivery of Peter’s deadpan dark humor, contrastingly nicely with Moss’ innocence. Jason Biggs impeccably captures Scoop, the jerk that you cannot help but love to hate — much like his “Orange is the New Black” character.

The revolving set festively celebrates ’60s mod and ’70s hippie culture, as presented by the period decor and the psychedelic video projections during scene changes. The projections feature clips of musical performances, TV commercials and news reels from the respective eras. Music from oldies artists such as Betty Everett, Aretha Franklin and Janis Joplin also help solidify the play’s setting. The time period is very important since the play follows a group of baby boomers from adolescence through adulthood and emphasizes the role of women through each decade. It also includes the baby boomers’ disillusionment with adulthood with an emphasis on capitalist society in the ’80s.

The main themes that “The Heidi Chronicles” questions are gender roles, social pressures and balancing career and motherhood. Additionally, the play explores the branches of feminism, the struggle for gender equality and equal representation in the arts and media. Despite these serious social issues, Wasserstein adds levity to the play with her clever use of dry humor. “The Heidi Chronicles” is much more than a story of a woman’s life — it is  a celebration of women throughout the ages.

A version of this article appeared in the Thursday, April 16 print edition. Email Joseph C. Myers at [email protected]