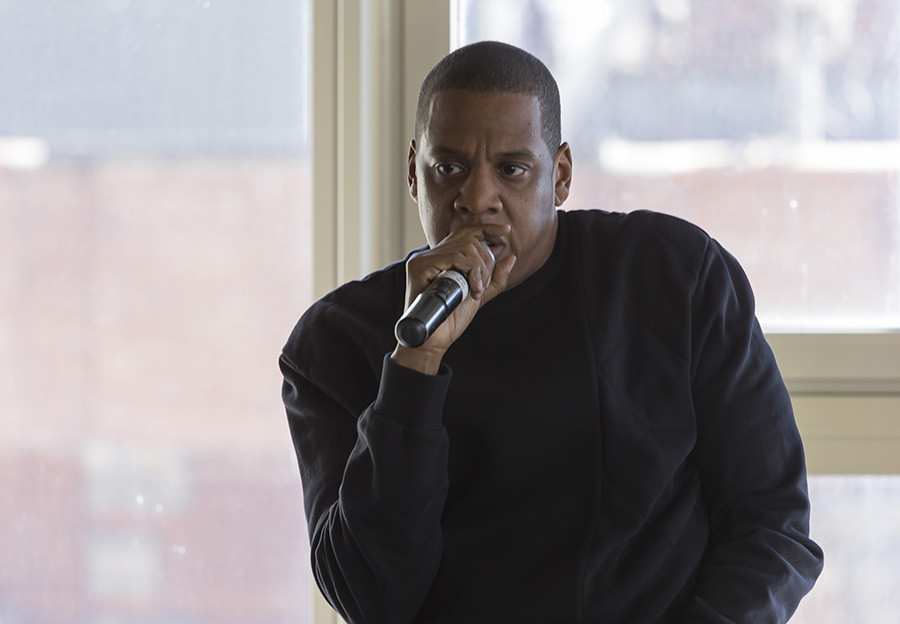 Rapper and entrepreneur Jay Z made a surprise appearance at NYU on Wednesday to speak to students about his new music streaming service TIDAL and the future of the music industry.

The exclusive event, held on the fifth floor of the Global Center for Academic and Spiritual Life, was made available to students in the Clive Davis Institute of Recorded Music and members of some NYU clubs. The Center for Student Activities Leadership and Service organized the event in partnership with the Clive Davis institute in less than 24 hours.

Q: How is TIDAL’s payout structure for artists different from competitors such as Spotify?
Jay Z: First off, I know whenever there’s a new company people start talking about competition. We’re actually not here to be competitive with anyone. We’re here to actually improve the landscape, and just the presence of TIDAL causes other companies to have a better pay structure or at least pay better attention to it. So we don’t really view them as competitors. As I said, if the tide raises, all the boats rise.
Schlogel: So the royalty rates will be higher than other streaming services, in addition to that, there won’t be that free tier that’s depressing. Frankly, that’s part of what has been dragging down the music industry. Music is not free fundamentally, someone came in and produced that beat, someone came in and sang that song. Someone wrote that song. Someone came in to clean the studio afterwards. There is an entire ecosystem around it, and we’ve somehow come to believe that it’s OK to pay hundreds for consumer electronics but pay nothing for the music that helps sell it.

Q: As music students, we’re taught to value the quality of high fidelity music, and would most likely spend a little extra. While we might be in a minority the general public is more than content with purchasing or streaming MP3 files at little to no cost. What demographic is TIDAL targeting with the charge of $20 per month for high fidelity music? How would the option of high fidelity music attract listeners who are not in that minority?
Schlogel: There are a lot of folks who do care about that. What is also interesting is the people who maybe don’t care what music they listen to, but they are willing to pay $10,000 to kid out their household speakers and then put a compressed file into those speakers. There is that audiophile group who do care very deeply about it. And that high quality tier actually matters a lot to the artists.
Jay Z: To the first part of that question, if you consume music free, that’s what you wanna do, that’s your choice. There’s good and bad parts of a democratic society. Do what you like to do. I’m just talking to people who care about the musicians and the music they consume and that’s who it speaks to.

Q: Streaming services like Spotify can be very difficult if you aren’t on a label or going through a digital distributor. Does the same apply for TIDAL?
Schlogel: These are all things that we hear and are very personal to us, and we are addressing. So the truth of the matter is that we’re here, we took control of the company three weeks ago. We’re still a very young company, and we have a lot of initiatives we’re working on, especially when it comes to indie talent, emerging talent, giving people the ability to perform, to put their music up, to be able to control its distribution.

Q: What changes do you see coming to streaming in general and what changes do you see coming to that environment with everyone fighting for number one. Do you think there will ultimately only be one service?
Jay Z: We’re cool, they can be McDonalds, we’ll be Shake Shack. We don’t have to be number one; we just want to be very specific and great at what we do. The universe is balanced. There’s light and dark. There’s day, there’s night, young and old, there’s always an alternative.  I don’t believe there will be one service. I think that’s actually against the law.

A version of this article appeared in the Thursday, April 2 print edition. Email Valentina Duque Bojanini at [email protected]