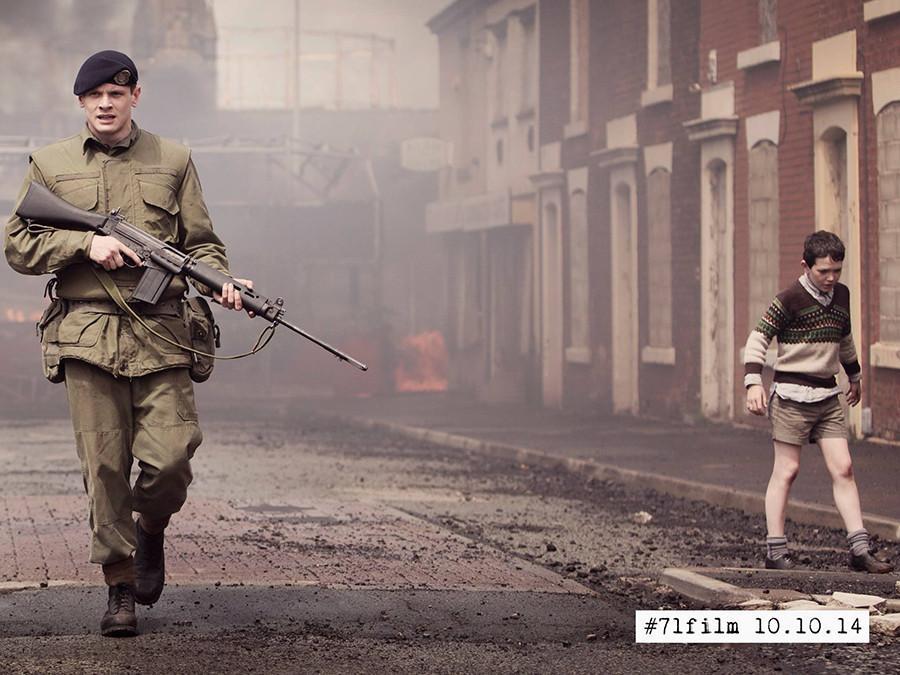 1971 was a peak year in the 30-year conflict in Northern Ireland known as The Troubles. During this year, significant bursts of violence between the Provisional IRA — an Irish paramilitary group inspired by the original Irish Republican Army — and United Kingdom security forces occurred. The combatants fought over the legal status of Northern Ireland, which remains a part of the U.K. today. A deeper understanding of the conflict than what is conveyed in the film is necessary to fully appreciated “’71,”  a moody film from first-time director Yann Demange set during the war in Belfast. Demange is gifted at creating tense and pulse-pounding scenes, but an underdeveloped protagonist and a familiar, repetitive narrative prevent the film from being emotionally gripping.

Jack O’Connell, continuing his rise to prominence after leading roles in “Starred Up” and “Unbroken,” stars as Gary Hook, a young British soldier who is accidentally separated from his unit after a street riot. While coming back to the barracks, he questions what he is fighting for.

Demange successfully captures the frightening and hellish landscape Hook wanders through, where he does not know who he can trust.  Some of the most captivating parts of the film are when Hook interacts with people who do not know his true identity.

However, the well-worn plot line hinders the narrative thrust and makes the overall story somewhat uninteresting.  The story arc is also overstuffed with characters that constantly vacillate, never really creating a cohesive story. Frequently, the characters are difficult to keep track of and some even feel unnecessary.

Considering the unintriguing narrative, O’Connell delivers an excellent performance.  Although he is not allowed many opportunities to speak, his stretches of silence and believable state of panic are effective. Unfortunately, Hook is a flat character. The plot device used to humanize him is glossed-over and the audience is given little opportunity to emotionally connect with him.

Although the film opens with a military training montage and hits a high point early with an intense riot scene, ultimately it is not a war film. “’71” is more reminiscent of an intense thriller like “Heat” than it is “Full Metal Jacket.” The film draws clear inspiration from Paul Greengrass movies, such as the “Bourne” Trilogy and “Captain Philips,” in the adoption of the director’s shaky camera technique. This practice is divisive, but it works to create a sense
of urgency.

Despite Demange’s aesthetically pleasing choices, the film’s visual style is unable to make up for its ineffective narrative.

A version of this article appeared in the Tuesday, March 3 print edition. Email Zach Martin at [email protected]