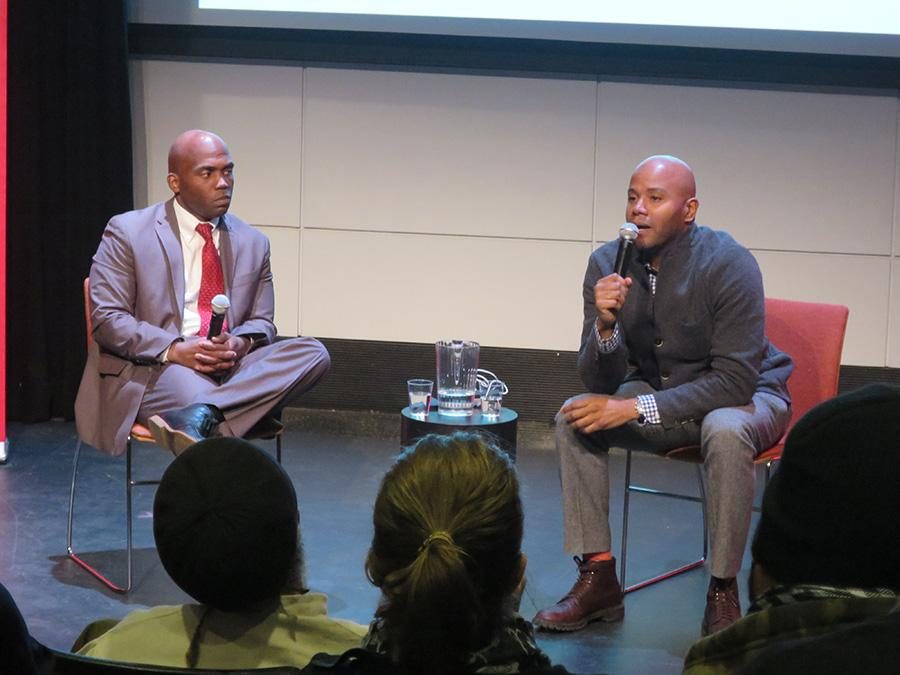 Historians Peniel Joseph and Yohuru Willaims discuss Black Power, its relationship with American institutions and its continuing application today in the light of the Ferguson movement.

Historians Peniel Joseph and Yohuru Williams discussed the state of race relations in America and institutionalized racism’s role in recent acts of police violence in a forum titled “We Are Revolutionaries: What Black Power Tells Us About Democracy in America” this Tuesday.

“We’re looking at not just slavery’s aftermath, but slavery’s afterlife,” Joseph said. “Our work has always been relevant, and in certain historical time periods, people
catch up.”

Williams listed the many forms of racism, which he said were evident in American society and contributed to a system of institutionalized oppression.

“You have the six degrees of segregation that are slavery’s children,” Williams said. “The most intractable of those six degrees of separation is Jim Crow justice. And it is where we see the biggest and the most substantive evils that are associated with the legacy of slavery.”

The panelists also discussed the way people of color are portrayed in movies. Joseph  discussed the fact that “Selma” was largely snubbed and has not made a lot of money at the box office, while “The Help” was a huge hit. They both dealt with civil rights, but “The Help” had a white saviour character, while “Selma” has no white protagonists.

Joseph also discussed the ways in which the civil rights movement has changed since the beginning of the black power movement. He suggested that people often give up on achieving equal rights before they are in position to do so.

“We live in a context where we can’t even imagine social justice movements winning,” Joseph said.

Joseph added that the goals of the movement are as serious and important as they have ever been — even though many are less willing to achieve them.

Loretta Owens, the chief of operations of the Black Student Union at NYU,  said the black power movement has ensured non-discriminatory freedom of speech.

“Democracy’s success was contingent on the oppression of people of color in the United States, therefore excluding them from benefiting from the myth of meritocracy, one of our nation’s fundamental principles,” Owens said. “As black and brown people in the United States began to empower themselves, the system, one that was designed to disenfranchise and  dehumanize them, was no longer allowed to operate in the same fashion without any awareness or outcry.”

A version of this article appeared in the Wednesday, Feb. 11 print edition. Please email Justine Morris at [email protected]