Venture back ‘Into the Woods’ Off-Broadway 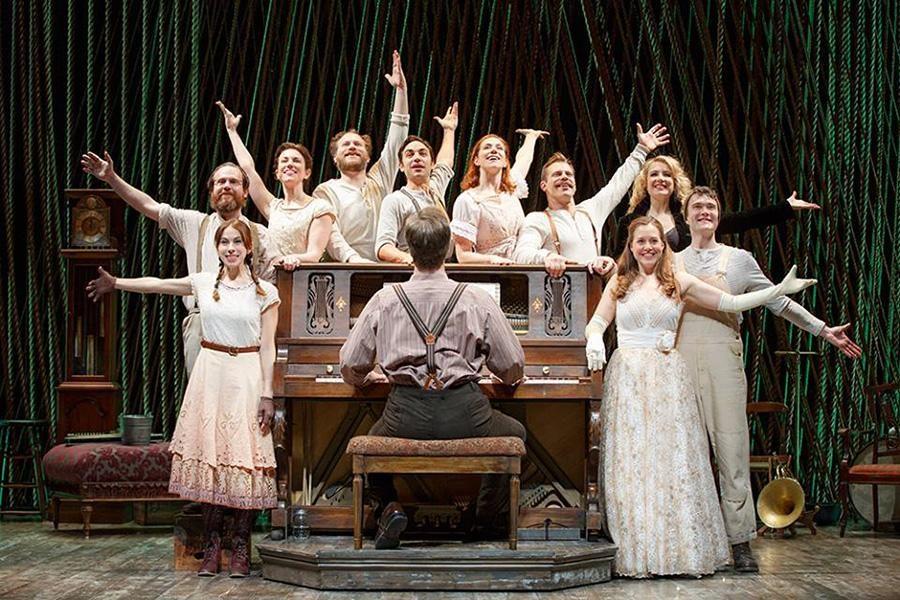 Sondheim’s "Into the Woods" returns to the stage for the first time since its revival in 2006.

From the moment the cast of Fiasco Theater’s “Into the Woods” stands together and announces “once upon a time,” the audience is transported into an engrossing world of magic.

A baker and his wife, cursed by a neighboring witch, are sent into the woods on a quest to reverse the spell preventing them from having a child. Along the way, they encounter Grimm’s beloved characters: Jack of “Jack in the Beanstalk,” Little Red Riding Hood, Cinderella and Rapunzel. Each on a pursuit of his or her own, the characters cross paths in the woods, finding that they need each other in order to realize their dreams. In 2014, the play’s journey was transformed into a film adaptation.

The first act ends in happily ever after, leaving the audience wondering how the plot will advance in the second act. Yet the second act is just as exciting, if not more compelling, as the characters join forces to defeat a kingdom-crushing giant. Betrayal, loss and culpability add new dimensions to the once-lighthearted tales, capturing the concern of the audience.

There is more to Fiasco Theater’s interpretation of “Into the Woods” than its fairy tales, though. The music plays a key role in creating the magical tone, and the set doesn’t let the audience forget that. An upright piano sits at center stage, which musical director Matt Castle plays for the entirety of the show. Other instruments, played by the cast, also remain on stage.

The sides of the stage are lined with the innards of pianos, evoking the singing harp of “Jack and the Beanstalk.” The backdrop is covered with a web of ropes, which simultaneously remind the audience of the strings of a piano and a forest densely packed with trees.

Clever and charming lyrics balance simple and poignant melodies, enchanting the audience with Sondheim’s music. In this mashup fairytale, Cinderella and Rapunzel’s respective princes are brothers, and they indulge the audience with some sibling rivalry in the wonderfully funny number, “Agony.” The melodramatic lyrics of the princes struggling with the trials of love leave the audience laughing.

As for sentiment, “No One Is Alone” stands out as the most touching and powerful piece of the show. Feeling as though they have experienced the at-times lonely and isolating struggles of being in the woods, the audience understands the taxing emotional experience of the newly united cast.

The actors bring irresistible personality to their characters. Co-directors Noah Brody and Ben Steinfeld, who play essential characters as well, lead their co-stars to a brilliant success of a musical. Brody plays Lucinda, the Wolf and Cinderella’s Prince, whereas Steinfeld plays the Baker.

“Into the Woods” is magic simply because it does not shove magic in the faces of the audience; rather, it lures the audience into the power of what happens if one believes.

A version of this article appeared in the Thursday, Feb. 5 print edition. Email Willa Tellekson-Flash at [email protected]