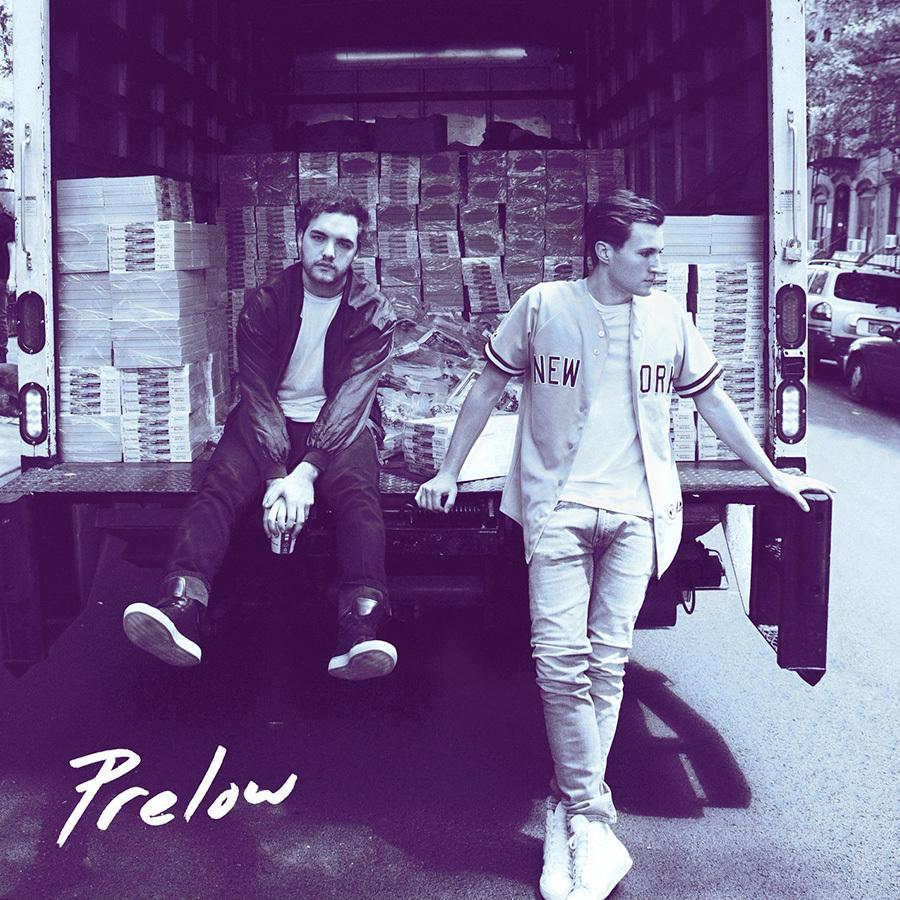 Prelow released their first album after success with online singles.

NYU Clive Davis Institute of Recorded Music alumni Jesse Aicher and Matt Walsh are making waves as Prelow, a New York/New Jersey electro-pop duo. After forming in 2014, Prelow made a splash in the online music pool, as their track “Mistakes Like These” landed at No. 3 on HypeM and No. 1 on the Soundcloud streaming service. Their first EP, “Why Does Everything Happen So Much?” was released Jan. 27.

WSN: How did music become a part of your life and how did that lead you to NYU?

JA: I’ve been playing guitar since I was young, and my mom really wanted me to get into it. I started writing music in high school with my band. I actually went to NYU to study philosophy, but music just became a bigger part of my life. I decided to transfer into
recorded music.

MW: When I was five, my mom enrolled me in this class where we clapped along to music with tambourines and stuff. I took piano lessons after that for two years, and learned how to play by ear. When I was 16, I broke my leg and couldn’t walk for eight months, so I started producing, and then I just knew. When I went to music tech at Steinhardt, I
actually didn’t know that Clive Davis existed. Then after [the Ultraviolet Talent Show at Third North Residence Hall], I saw Jesse perform with a couple of friends. I didn’t even speak to him after that, I think we actually met a year and a half
later. That’s when I learned about Clive Davis and transferred.

WSN: Who is your biggest influence as musicians?

JA: I feel like it’s such a cop out to just say the Beatles, but I just listen to so much Beatles. It’s pressure to name just one. So yeah, it’s going to be the Beatles for me.

MW: For me it’s Bob Dylan. I can go back and play so many songs, so many random songs and I can just love them all. I heard “The Man in Me” in “[The] Big Lebowski” and it’s like my favorite song ever. And I don’t think it was even a single.

WSN: You guys had the number one streaming song on Soundcloud. How do you think music-sharing on the internet is going to influence the success of independent artists?

JA: It’s incredible. Sharing really helps spread your art around. Especially on Twitter and Soundcloud it’s so cool to see it get reposted and retweeted and how it compounds other stuff too, that’s maybe easier than ever. But, at the same time, it’s harder to make a dedicated fan base because there’s so many musicians who make music on those same platforms.

MW: Yeah, there’s so many singles coming out every single day, and in the same genre on the same websites, a lot of people and artists will be able to listen and keep coming back. People will be able to identify with the person and an artist with just a song that they like or see online, and there’s so many options and that’s what I want to get to.

WSN: What’s your plan for the new year?

JA: We’re planning on getting on the road, doing a lot of live dates, continuing music for our first album, to continue to grow everything and see where it goes. We’ve been working on music for a long time that didn’t end up on the EP.

A version of this article appeared in the Thursday, Feb. 5 print edition. Email Kieran Graulich at [email protected]