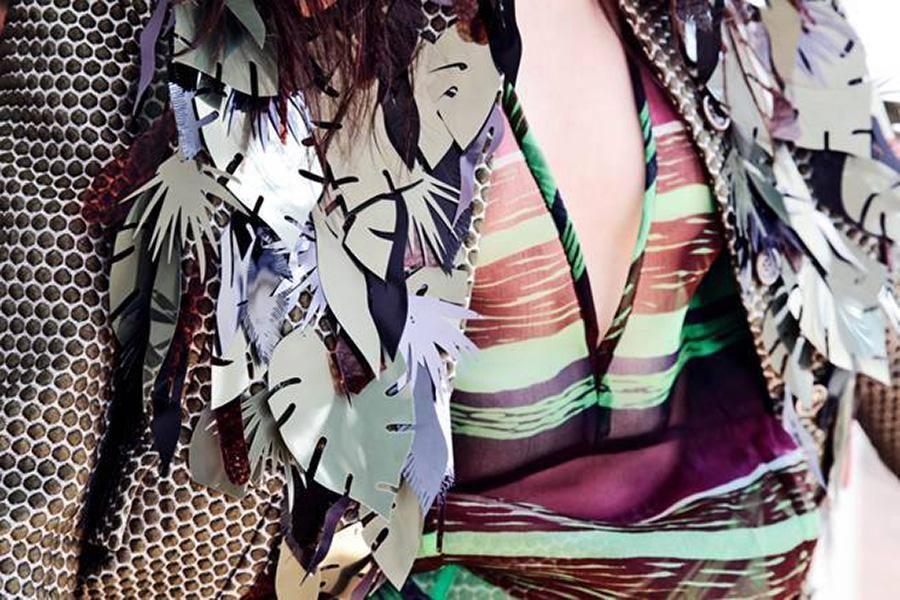 When controversial designer John Galliano took over as creative director of the legendary fashion house Maison Martin Margiela, the industry was skeptical, but anticipation was high. Galliano, who has served as head designer at both Givenchy and Christian Dior, was dismissed from the latter in 2011 on account of ethnically disparaging remarks for which he has publicly atoned. In the aftermath of this controversy, Galliano lay low until the late Oscar de la Renta offered him temporary residency at his design studio in 2013. Surprisingly, in October 2014, Galliano became creative director at Margiela, marking his formal return to fashion. On Jan. 12, Galliano debuted his first collection for Margiela at London Collections: Men.

Aside from the obvious worry surrounding Galliano’s history, a lot of the anticipation surrounding his assignment at Margiela stemmed from how odd the pairing seemed.  Galliano’s designs are dramatic and ornate — qualities that initially seemed incongruous with the avant-garde approach of the Margiela fashion house, which built upon the work of Japanese designers such as Rei Kawakubo of Comme des Garçons. Furthermore, Margiela himself was an enigmatic person who remained backstage after his shows, whereas Galliano has a history of favoring nightlife. These incongruities made the announcement all the more intriguing.

Galliano’s debut collection for Margiela makes it obvious that he is not seeking to emulate the brand’s historical style. The question then becomes whether or not one would want a reproduction of Margiela’s iconic work, especially since the designer departed his namesake label in October 2009. The new collection, with its voluminous, exquisitely detailed dresses, is distinctly Galliano, yet elements of Margiela’s deconstructivism are also apparent, especially in the lace-like textures that adorn the fronts of many outfits. A mixing of patterns and garment style — for example, long coats and gowns with shorts or even the occasional leopard print — similarly recalls the label’s history of bringing the interior, such as a garment’s lining, to the exterior.

Perhaps the collection’s most self-conscious reference arrived in its final outfit, which features a bright red gown, bejeweled torso and matching bejeweled — and somewhat terrifying — mask-crown that recalls the infamous Margiela mask Kanye West wore during his Yeezus tour. It is with this kind of reference — one that considers the label’s legacy while simultaneously building upon that heritage — that Galliano can succeed in his new position.

A version of this article appeared in the Thursday, Jan. 29 print edition.  Email Sam Del Rowe at [email protected]