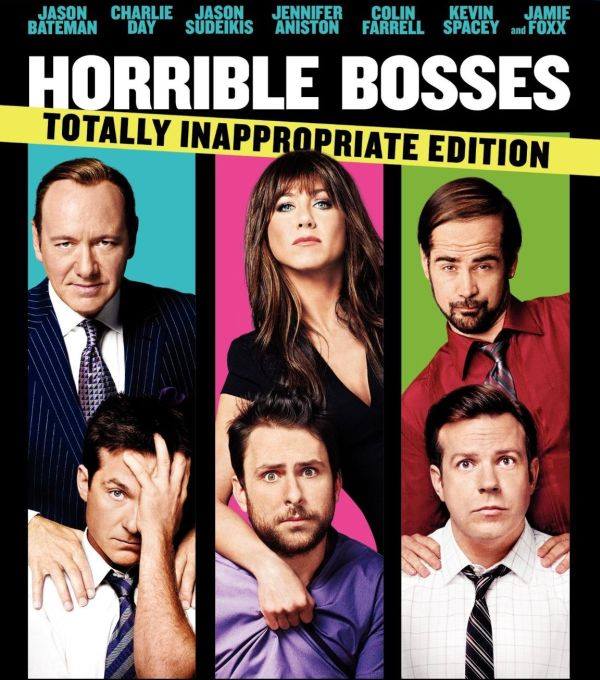 Thanks to the success of its first installment in 2011, “Horrible Bosses 2” will be hitting theaters this Wednesday, Nov. 26.  Charlie Day, Jason Sudeikis and Jason Bateman have teamed up once again for the sequel from newly recruited director Sean Anders and producer Brett Ratner.  The film follows the merciless trio — all reprising their roles from the first film — attempting to kidnap the son of their conniving boss Bert Hanson (Christoph Waltz). This time, the three characters are causing trouble in order to eliminate all obstacles in the way of them starting their own business.

The first film garnered positive reviews from audiences and critics alike, and the three stars were excited to come back for round two.

“It’s great when you make something again, and people say, ‘Oh, I want to be a part of that,’” Sudeikis said.

It can be challenging to craft a sequel that is just as successful both commercially and critically. For Bateman, Day and Sudeikis, part of the difficulty of acting in “Horrible Bosses 2” was living up to their performances in the film’s predecessor, but Bateman said having series newcomer Waltz, acclaimed for his performances in “Inglourious Basterds” and “Django Unchained,” was instrumental in overcoming those difficulties.

“New Line and Warner Brothers wanted to do another one, and there’s a lot of pressure to make a film as good as the first,” Bateman said. “And when you class it up with Oscar winners, it’s great.”

Anders and John Morris, who wrote the script, spent a significant amount of time knocking around ideas and piecing together a story that would feel original. The cast reflected on the new take that writer-director Anders brought to the movie.

“Sean brought so many visual elements to the film,” Sudeikis said.

“The film isn’t completely reinvented, but when it makes sense for the film to be stylized, he did so, and it fit the story,” Day said.

Some people see the “Horrible Bosses” films as wish fulfillment, but as far as Bateman is concerned, the film is pure fiction — he has never had any despicable employers.

“I’ve worked for some bad directors, studio heads, but no real horrible stories,” Bateman said. “I’m waiting for a real son of a bitch to come my way.”

If “Horrible Bosses 2” is anything like the first film, fans will be left clamoring for a third. And while that may pose yet another challenge for the actors, based on their chemistry and enthusiasm for the films, it is likely that the comedic trio will strike gold again.

A version of this article appeared in the Tuesday, Nov. 25 print edition. Email Vincent at [email protected]