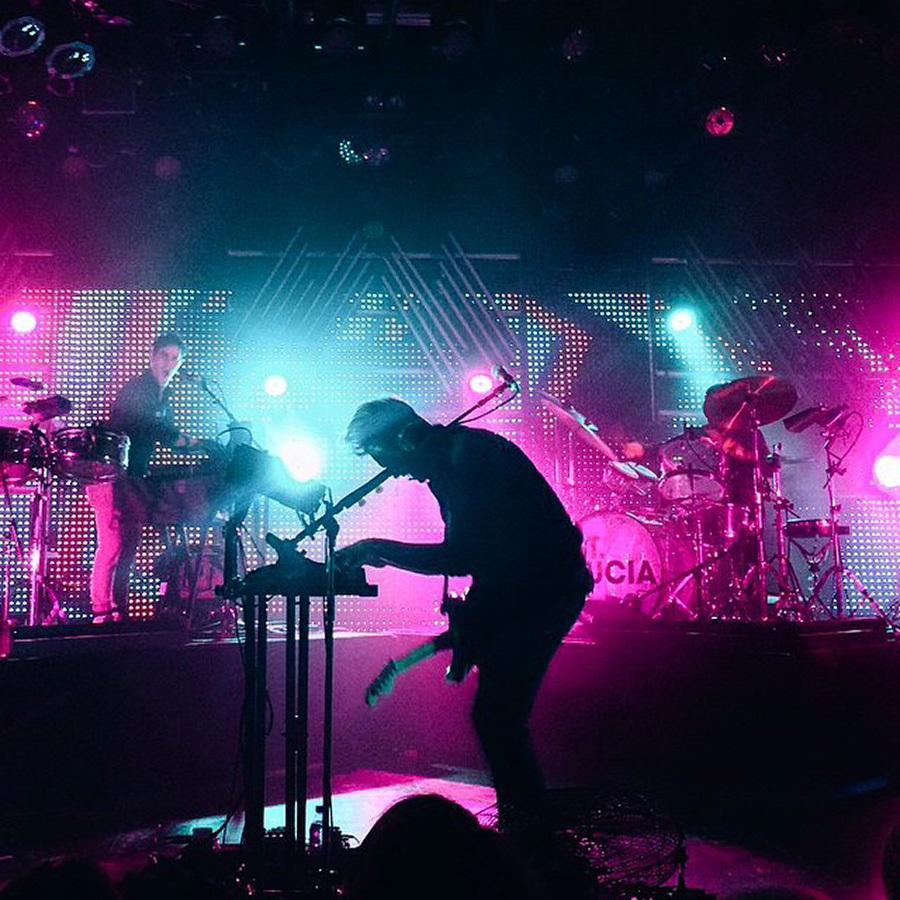 Earlier this week Jean-Philip Grobler, the frontman of Brooklyn indie-pop band St. Lucia, spoke with WSN over the phone before performing the second of two sold-out shows at Chicago’s Metro. The band, which released its debut LP “When The Night” last fall, is currently wrapping up an extensive North American headlining tour that began in September. The tour will continue at Terminal 5 in New York tonight and Nov. 22.

WSN: How has touring changed for St. Lucia since the first time the band went on tour about four years ago?

JG: Well, this tour that we’re doing is the first tour on a bus, so our confidence level is a lot higher. We’re all sleeping on bunks every night. The payoff is that we get to spend a whole day in a city as opposed to a snapshot. It’s really great to go to big cities like Chicago, and being able to play two sold-out shows at the Metro, which is a big venue. It’s difficult to say, because a lot of things have changed.

WSN: Earlier this year, the deluxe edition of “When The Night” was released with three new tracks. How did that release come about?

JG: Those were three tracks that I had recorded for the album. For a long time, they were all in consideration for the album. I’m very album-minded, so I always keep in mind where a song is placed on an album, because where it’s placed can really affect how you experience the song. That’s why I really hate it when people go and buy an album and then listen to it on shuffle. I’m like, “Dude, the artist probably intended for that track to be there.”

For example, “Cold Case” was originally intended to be the opening track of the album and then I had this whole flow of the album sketched out. Then I came up with “The Night Comes Again,” and I was like, “Well, this is so obviously the opening track and there was no way that ‘Cold Case’ could fit into the album, so maybe it’s not going to go on the album this time.”

These other tracks fell out along the way. It wasn’t because I didn’t like the songs. It was just like putting a fight scene in the middle of a romantic love scene — it just felt a little bit out of context.

WSN: So do you have any plans for next year?

JG: Pretty much the whole time we’ve been touring, I’ve been hard at work on the follow-up. But I’ve been restricted, because the first album was made in my little non-glamorous studio that I had in Williamsburg, and I had all my instruments there.

With this tour, I’ve been on vans, I’ve been in buses, I’ve been in hotel rooms. It’s been way more restrictive and I’ve only really been able to demo things and sketch them out to a point. I have a lot of thoughts and ideas, so once the tour is over, I’m planning on properly getting into the studio and really spending time recording stuff and casting sound — just having a bit of an adventure tearing apart the songs I have now.

A version of this article appeared in the Wednesday, Nov. 19 print edition. Email Matthew Mahoney at [email protected]