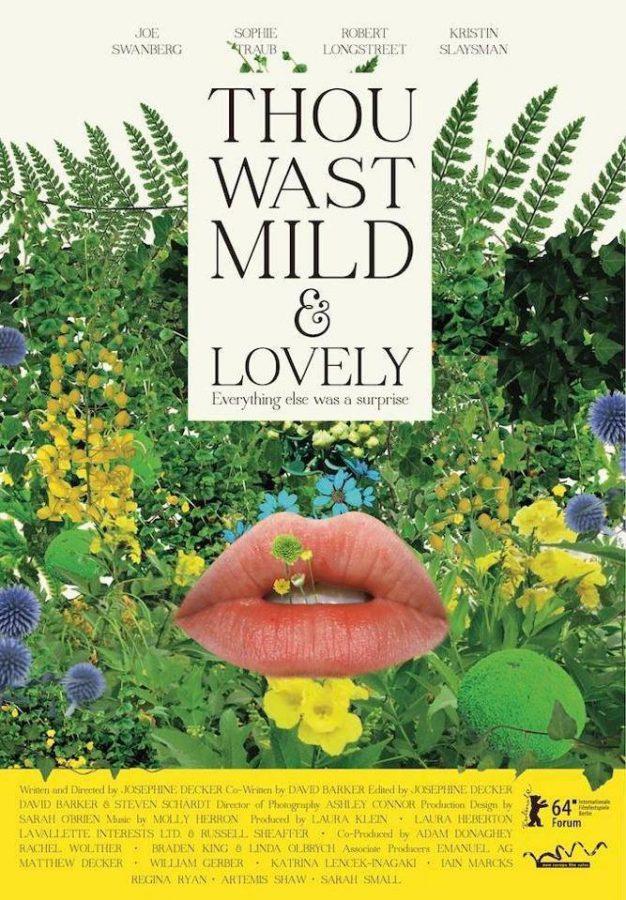 Often, the very essence of a filmmaker is apparent in their movies. The work reveals a director in the throes of creative development, or at a professional zenith, or even at an artistic standstill. Sometimes, we see him at a sophomoric stage of a directorial rise, with the film hinting at a virtuosity that perhaps remains untapped. This phase can be enjoyable for viewers, as is the case with Josephine Decker’s latest, “Thou Wast Mild and Lovely.”

The film assumes a contemporary Faulknerian atmosphere, taking place in Kentucky with characters that exhibit the kind of primal sexuality so frequently found in the novelist’s Southern gothic stories. There is something indelibly poetic about the film, too, particularly Decker’s use of voice-over, which has all the whimsy of a fairytale without the cutesy youthfulness.

Akin (Joe Swanberg) has just begun summer work on a farm owned by Jeremiah (Robert Longstreet), a phlegmatic patriarch. Jeremiah lives there with his daughter Sarah (Sophie Traub), a vision in rustic ruin. Their odd dynamic invites speculation about incest, but it more aptly lends itself to an archetypal father-daughter subordination, which is still just as creepy.

Akin has conveniently left his wedding ring in the car, clearly too distracted by his daydreams about Sarah to notice the tanline his marriage vow has left on his finger. What follows is a film purposefully short on dialogue, but redeemed by constant glances between Akin and Sarah that transmit, quite viscerally, their most libidinous desires. It seems to be Decker’s point that these stares are more a testament to human nature than an indicator of any intimate connection between the two. Several scenes are interspersed with shots of the farm animals that seem to suggest a parallel between them and the characters, at times animalistic and hyper-erotic. There is a spirit evoked by their body language that itself feels like dialogue.

Decker excels most when toying with the film’s aesthetic. The handheld camera works in her favor with its jittery transitions from pasture to animals. There is a perpetual blur to the visuals, which can be frustrating for those looking for refinement, but beautiful if one is willing to embrace the film’s hallucinatory mood.

At times, the film’s commitment to that mood gets distracting — perhaps it would benefit more from the minimalism that it strays from in order to indulge in bouts of artiness. The voice-over, done in breathy prose by Sarah, brings the film back to earth. Her peculiarities are both weird and delightful, and her voice is an extension of that.

At a basic level, “Thou Wast Mild and Lovely” is very much like a dream — it is short (at just over 90 minutes) but feels much longer. A feeling of lengthiness is frequently a pejorative in cinema, but here it is not. Perhaps the reason for this is that Decker’s film is operating on so many opposites — earthly and dreamy, human and animalistic, restrained and omnivorously sexual. It seems to hint at a director filled with ideas and talent, still establishing a hold over her own ambition.

A version of this article appeared in the Wednesday, Nov. 12 print edition. Email Jake Nevins at [email protected]