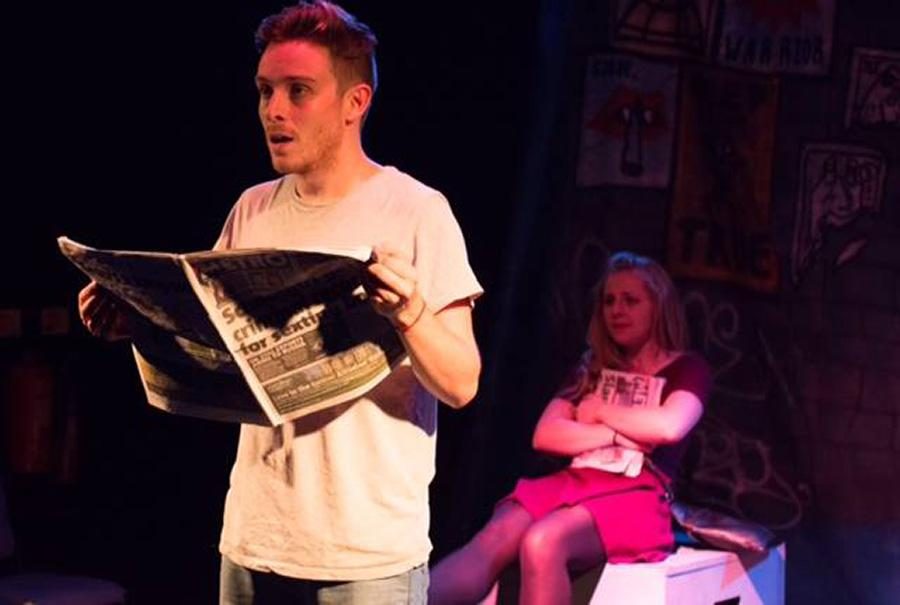 Everyone has experienced the jittery rush of making accidental eye contact with a cute stranger on the train, perhaps even breaking the unspoken rule of public transportation and striking up a conversation. Sasha Ellen’s play, “Signal Failure,” explores the potential of missed connections classified ads, introducing viewers to several characters looking for their subway soul mates.

Lorna, played by Ellen herself, and Spencer Cowan’s Brian are young professionals, neither of whom is lucky in love. They both become fascinated by watching other people’s interactions on the London Tube, so much so that they begin to plan their commutes in order to keep track of fellow passengers’ burgeoning romances.

In an hour-long show, the two actors manage to share a stage for 30 minutes without interacting. But soon enough, caught up in watching the flirtations of others, they also begin to notice one another.

Lorna submits a classified ad to the newspaper, and Brian reads it the next day. They meet up for a very awkward round of drinks, and an even more awkward hook-up at his apartment. Audience members will probably cringe while watching the pair’s nerve-racking interactions, but this only proves that Ellen’s script is awash in authenticity.

This heartening sincerity is emphasized by the production’s lack of trimmings. The stage is bare except for two large wooden blocks and a large wood plank, which are combined in various ways to become train seats, a pub table and a bed, among other things. Many of the lines are performed as soliloquy, but both actors — especially Cowan — have such easygoing natures that it feels as if they are in direct conversation with the audience.

Ellen’s script is fresh and funny, perhaps most appealing to the 20-something age group to which Lorna and Brian belong. The bare-bones nature of “Signal Failure’s” design and the apparent effortlessness of its delivery — facilitated by director Peter Darney — are deceptive, masking a carefully crafted piece of writing and superbly acted performances.

Though the underground show might be out of place on Broadway, it requires a range of ability that few performers could accomplish. Ellen and Cowan will surely go on to do greater things, but for the moment, “Signal Failure” is a major success.

“Signal Failure” is playing at the SoHo Playhouse, 15 Vandam St., through Nov. 16.

A version of this article appeared in the Wednesday, Nov. 5 print edition. Email Clio McConnell at [email protected]