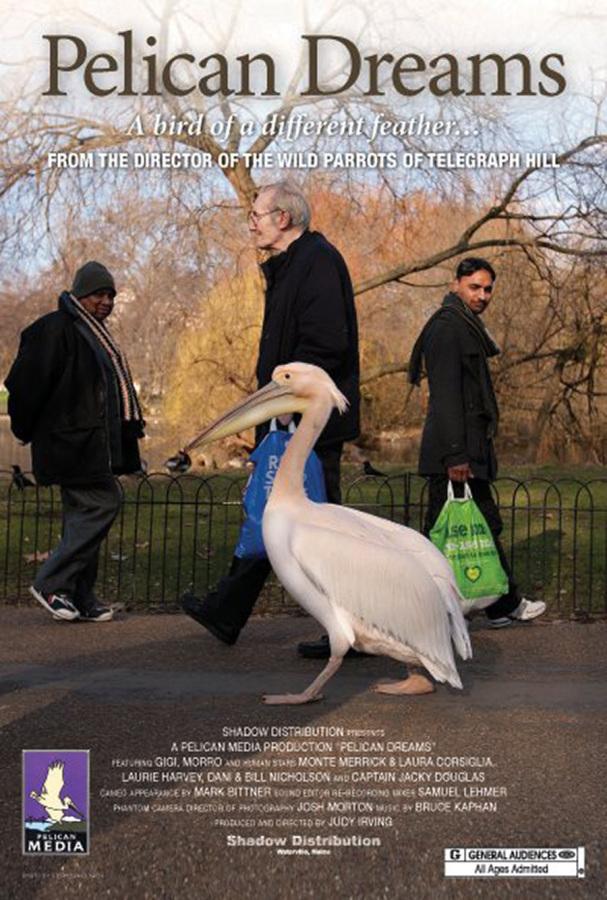 “Pelican Dreams,” the latest documentary from Judy Irving (“The Parrots of Telegraph Hill”), offers fascinating footage of pelicans. To anyone averse to birds or documentarian work, the film may seem slow or goofy at times, but it shines as an educational and intimate documentary.

The narrative of Irving’s love poem to pelicans follows Gigi, a female who flies onto the Golden Gate Bridge and halts traffic before being captured. As Irving follows her through her rehabilitation process, the film jumps between Gigi’s personal story and footage of other pelicans both in the wild and in captivity.

Particularly heartwarming is the story of Morro, an older injured pelican. Irving presents Gigi and Morro as characters, and their personal tragedies of injury and rehabilitation are juxtaposed with other, larger-scale grievances — oil spills, DDT poisoning and fishing injuries.

This is not to say “Pelican Dreams” is overly precautionary or poignant with its message. Its focus is first and foremost the pelican, and the footage Irving stitches together is excellent and tantalizing. Irving’s professed fascination with the birds comes through in the beauty of her craft. It is hard to not share this love when watching the film. Irving reveals something about pelicans — she presents them as playful, emotive and conscientiously aware.

The footage Irving provides serves to humanize the birds. Brown-headed teenage pelicans learning to fly are goofy and awkward yet powerfully hopeful and uplifting. Their dives into the waves are majestic, and the head waggles by which the pelicans communicate are silly, but clearly understood as  language.

As compelling as the subject matter is, however, Irving’s documentary is not quite as neatly preened as it could be. Transitions can be jarring or distracting, and the music is often nondescript and generically complementary. These design decisions have specific ramifications in documentary format. When just watching footage, the arrangement and the specific details of the film are curatorial. Essentially, all creative choices need to primarily present the central subject, and Irving displays some experience and talent at this, though the editing of the film ultimately hurts the film’s quality.

Yet at their worst, these negative aspects are distractions from an intriguing, heartfelt and compelling film. “Pelican Dreams” displays fascinating sympathy toward a peculiar species. For such a distinctive bird, pelicans do not receive nearly enough credit, and Irving’s film provides a strong argument for the beauty and humanity of the pelican.

A version of this article appeared in the Wednesday, Nov. 5 print edition. Email Jesse James Read at [email protected]