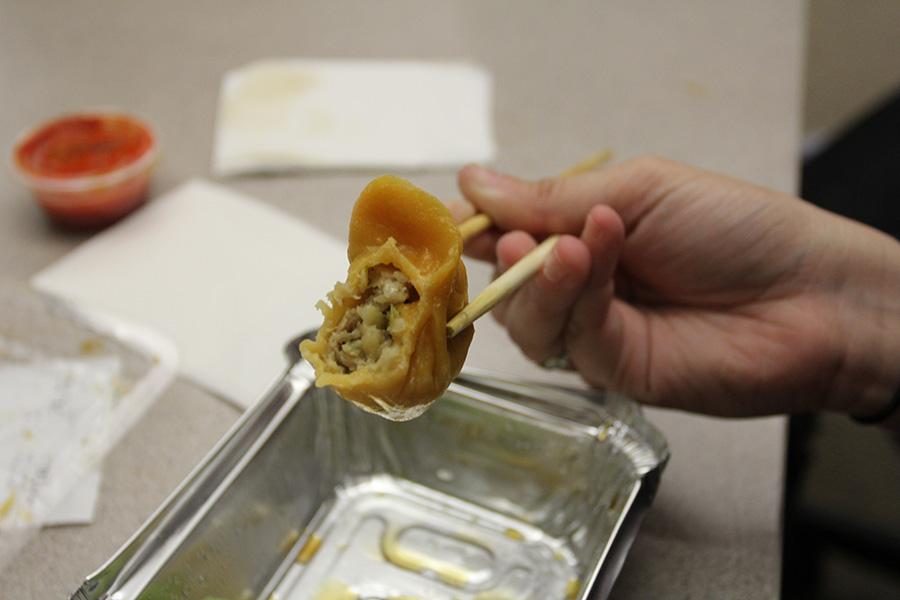 For anyone with an empty pocket and an equally empty stomach, dumplings are an easy fix. While New York offers an abundance of places to buy dumplings, two spots have become favorites.

Vanessa’s Dumpling House, having locations near Union Square, in Chinatown and in Williamsburg, is easily accessible. Upon walking inside the various locations, customers are greeted with a completely open kitchen where they can watch their dumplings be scooped out of huge pans into takeout boxes. While there is seating available inside, takeout is the best way to go, as seating is minimal.

Prosperity Dumpling has both of its locations in Chinatown. The original shop on Eldridge Street — close to the original Vanessa’s — is a tiny hole-in-the-wall with a long, open kitchen and approximately 10 square feet of space to stand in.

A trip to Prosperity offers a unique dining experience. As you stand among the few people who are able to cram themselves inside the shop to eat, it does not take long to browse the fairly limited menu. Prosperity offers pork and chive dumplings that are four for $1. An order of boiled vegetable dumplings run just $3 for eight. Unlike Vanessa’s, Prosperity does not deliver, but they do takeout.

SPS junior Emily Zerella said she prefers Prosperity because of what she has heard about Vanessa’s.

“I’ve avoided Vanessa’s because I heard they’re very doughy,” Zerella said. “The ones at Prosperity aren’t like that. They’re not the most amazing, mind-blowing dumplings you’ve ever had, but they do seem to be better than the doughy, dry ones I’ve heard about at Vanessa’s.”

Because of Prosperity Dumpling’s location in Chinatown, its much smaller menu and the lack of delivery, Vanessa’s is much more accessible to NYU students. Vanessa’s extensive menu also offers many non-dumpling options. Vanessa’s is slightly more expensive, but insignificantly so.

“Vanessa’s numbers among the great cheap eats on 14th,” Lindenbusch said. “But four pearls of unparalleled fried pork and chive delight for a dollar? That requires a trip to Chinatown. Prosperity takes the cake.”

In the end, it is up to the customer to choose a favorite, and there will never be complete consensus about which of the two restaurants is the better place to go for dumplings.

A version of this article appeared in the Tuesday, Sept. 23rd print edition. Email Kari Sonde at [email protected]