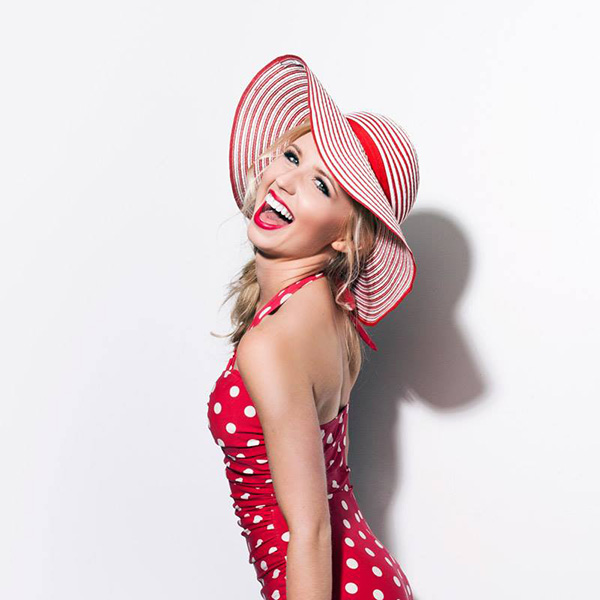 Tiffany Houghton is not a stranger to the bustle of New York.

Houghton lived in Texas until the age of nine when she was selected to play the understudy for the actress who played the title character in the Broadway production of “Annie.” After that, Houghton and her family moved to Manhattan.

Houghton was instantly captivated by how the streets of Manhattan shimmer.

“I thought that was because so many Broadway stars and celebrities came through the streets, that the glitter just shed off of them because they were so sparkly or had tons of makeup on,” Houghton told WSN.

Houghton is a petite, courteous blonde who is also a formidable creative force. The 20-year-old’s eclectic personality is the result of her upbringing — she has the kindness of a Southerner and the ambition of a New Yorker.

Houghton may have a New York mentality, but she has not lost her Southern sweetness.

“I’m definitely going to hug you when I meet you,” Houghton said.

Houghton is now back in New York after touring with MKTO, a Californian pop duo with whom she has been performing songs that she wrote in her bedroom.

“It’s cool to see how my songs translate onto the stage and with my full band. It’s so cool to see people singing along,” Houghton said, reflecting on how her songs evolved from bedroom to stage.

Time away from New York made the city more exciting, Houghton explained.

“It’s always fun to come back to New York because there’s a certain energy and intensity here that I can relate to,” she said. “I definitely identify with a New Yorker personality, to a certain extent in that I’m always go, go, go.”

Houghton may personify Southern hospitality, but that does not mean she is in any way passive. Her most recent single, “The Best,” is an empowering feminist anthem, where the narrator recounts being cheated on and how she faced the situation with fortitude.

Houghton noted that she has been in relationships where everything was dependent on her boyfriend’s opinion — she found validation in being called pretty or talented.

“It was all about whatever he thought,” Houghton said. “Whatever he said went.”

Now Houghton is focusing on her perception of herself and encourages all girls to do the same.

“It’s so important for girls to recognize that no one’s opinion of who they are is more important than their own opinion of themselves,” she said.

On stage, she sings about loving band boys — songs that, for her fans, will be relatable. But her songs do not have the bubbliness that many female singers’ lyrics often have. Instead, she is a source of strength and encouragement, and she shows her young fanbase, primarily teenage girls, that they can take charge of their own lives.

A version of this article appeared in the Tuesday, Sept. 2 print edition. Email Alexa Spieler at [email protected]