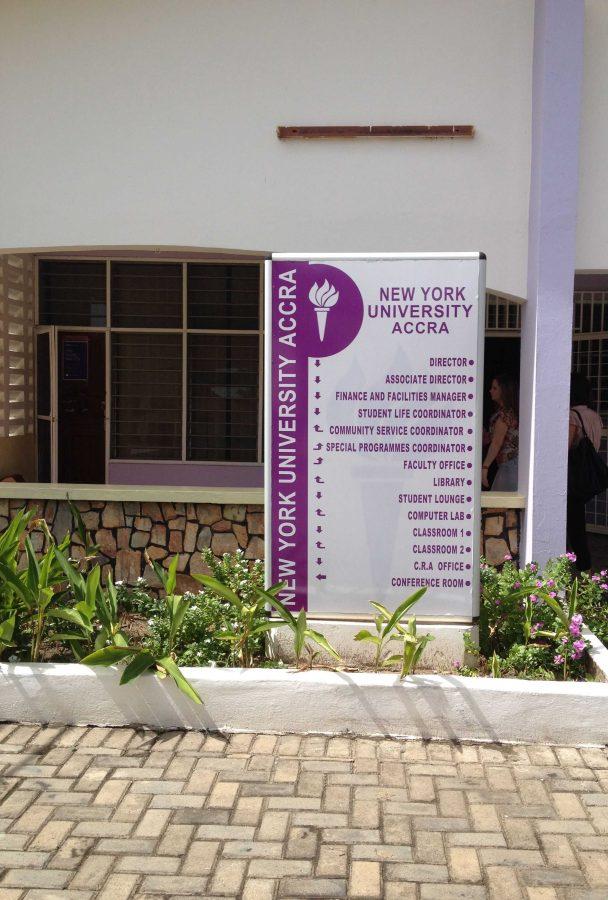 Students enrolled at NYU Accra for Fall 2014 were informed via email today that the campus in Ghana is closing until at least the January term because of concerns over the West Africa Ebola outbreak.

The 11 students in the program received an email from Vice President of Global Programs Nancy Morrison, explaining that, while NYU did not have reason to believe that the epidemic would spread to Ghana, it is taking every precaution to ensure that students are not placed in harms way.

“We believe that we cannot risk sending you [students] into an environment in which the future is so uncertain, and in which you would have encountered significant regional travel restrictions, and potential limitations with community service projects,” Morrison said in the email.

Morrison added that the University will reimburse students for the cost of travel and vaccinations made in anticipation of their trip and the Global Programs staff will help them find alternative arrangements for the semester.

The news comes only a few days after the World Health Organization reported that 932 people have died from Ebola since the outbreak started in March, making it the single largest outbreak of the deadly virus in history.

Tisch junior Granger Willson, who was planning to study in Accra this fall, said he and others in the program must now decide where to study during the upcoming semester.

“We can either stay here for the semester and defer our acceptance, or we can choose one of the campuses that still has spots left,” Willson said.

“Students with non-US citizenship were offered different alternatives based on the immigration requirements of the host country,” Devitt said.

Devitt said NYU is currently determining what the faculty in Accra will do during the fall.

Check back for more updates.