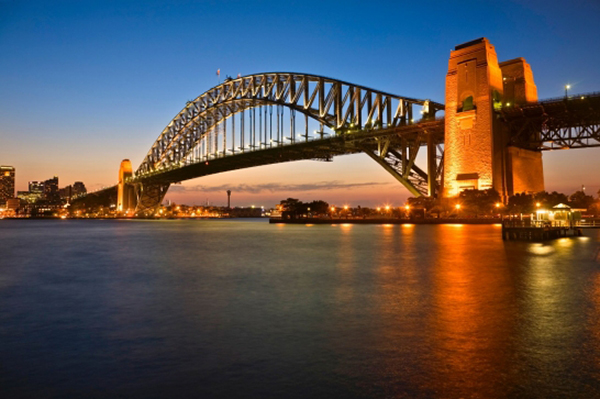 NYU Sydney opened its doors for the first time on Aug. 27 to greet the fall semester — months after it was originally slated to open.

Andrew Stoner, the deputy premier and minister for Trade and Investment of New South Wales, was on-hand to welcome the 22 students accepted to NYU’s new study abroad site.

“I am thrilled that NYU, one of the world’s most prestigious and respected learning and research institutions, has established its new Australian global site in Sydney’s historic Science House,” Stoner said.

NYU Sydney is situated in The Rocks section of Sydney — adjacent to the Sydney Harbor — with the main building in the Science House.

“The Science House is amazingly beautiful, constructed during the 1930s and looks like it should be in a movie with debutantes for a royal ball,” said Steinhardt senior Sarah Kamenetz, a member of the inaugural group in Sydney.

Despite the small number of students enrolled, NYU undergraduates will have the opportunity to meet students from different schools.

“We are living in a dorm with a lot of other international students attending Sydney’s universities, which has helped us meet people beyond our own program,” CAS junior Holly Clancy said.

The courses offered at NYU Sydney cover a wide range of topics, including Anthropology, English, Environmental Studies, Journalism, Creative Writing and Media, Culture and Communication, as well as a required course aimed toward introducing students to Australian culture.

To help students delve into their lives in a new city, professors encourage their students to explore their new home through various assignments and class trips.

“For their major piece of assessment, I get my students to research a place in Sydney and see how it embodies or has been witness to some of the major issues in Australian society,” said Toby Martin, professor of Australian Studies. “And of course, there are trips to museums, restaurants, galleries, etc. All [are] part of the essential activity of consuming Australian culture.”

Students are able to take courses led by both American faculty and Australian faculty.

“I like the different background that [American students] bring, and the chance for me to see Australian culture from a different perspective,” said Tanya Serisier, a professor of English at NYU Sydney.

“The transition has been, fortunately, relatively smooth given that Australia is also an English-speaking country,” CAS senior Ben Dumond said.

This semester is only the beginning of NYU Sydney’s success as a global site, and the university is optimistic about its future.

“Sydney is a great, world-class city. It is a vibrant and energetic urban area that we believe will prove to be a very popular and worthwhile site in NYU’s global network,” said NYU spokesperson John Beckman.

A version of this article appeared in the Sept. 4 print edition. Tatiana Baez is deputy university editor. Email her at [email protected]